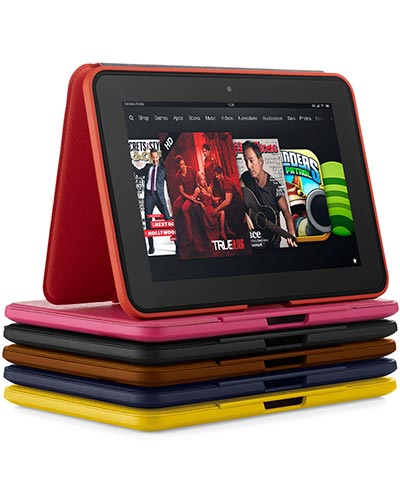 Following Amazon's Kindle Fire HD announcement, a reader reminded me of a prediction I made at the start of the year: "If Apple gives up its position of industry leadership in 2012 the only company capable of assuming that role is Amazon.com". I stand by those words -- Amazon is really bringing the fight to Apple -- but the most important part is "if Apple gives up its position", which it clearly hasn’t, at least not yet. The real loser here, in fact, is not Apple but Microsoft.

I could be wrong about this but I don’t recall any pundits (me included) predicting that Amazon would introduce a larger format tablet, yet that’s exactly what they did. The larger Kindle Fire HD with its built-in content and app ecosystem (and that killer 4G data package!) is a viable iPad competitor at a terrific price and puts real pressure on the Cupertino, Calif.-based company. Will Apple match the price? I don’t think so. That’s not the game they want to play. But the game is on, nevertheless, and users can only benefit from competition.

Amazon copies Apple’s playbook, page-by-page, and does so beautifully. The innovation they bring is the lower price point. It’s a Toyota/Ford/Buick strategy to Apple’s Lexus/Lincoln/Cadillac. It’s traditional Microsoft positioning, but Amazon has the further advantage of not having to develop (or even pay for) an operating system. So the real loser here isn’t Apple, it’s Microsoft. The tablet market was already broadening, flattening and moving down market before yesterday’s Amazon announcement. This just makes it all the more difficult for those Windows RT tablets coming shortly to differentiate themselves in a market with thinner and thinner margins.

Apple is the innovation leader. What, after all, has Amazon (or Microsoft) actually invented here? Nothing. They’ve emulated Apple at a lower price point and to some extent disintermediated the mobile carriers. So just as Apple had to accept competition in the MP3 player market, the company will have to adapt to the Kindle Fire HD. And I predict they’ll do so by raising the bar and then by inventing a whole new bar just as they have done in the past.

Amazon isn’t taking the design lead away from anyone, at least not yet.

The market loves this, of course, and rewards Amazon for its audacious behavior. What would Apple be worth, for example, if it could claim an Amazonian P/E? Apple would be the first $1 trillion company.

So the heat is on for both Apple and Amazon. Apple has to innovate itself out of a pricing corner. Amazon has to show increased earnings despite what must be razor thin margins. Both companies have to execute well to thrive. But Microsoft in the tablet space has to execute even better just to survive.

Apple must be scrambling to retune its iPad Mini announcement for later this month, but what Microsoft has to be feeling (especially with this week’s lackluster Nokia phone intro) is panic.