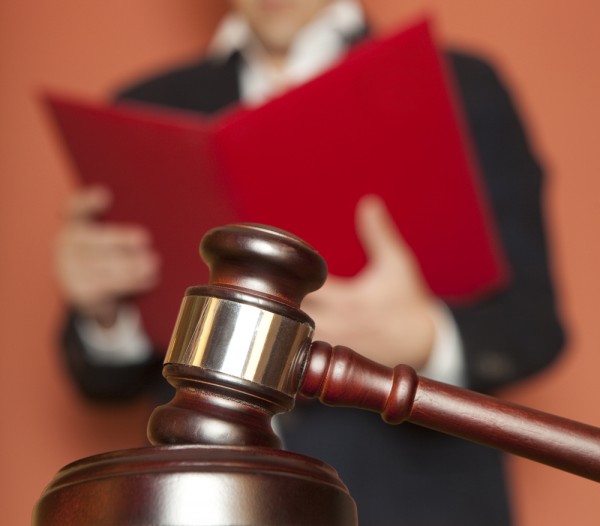 I wondered whether UK judges would kick in the teeth of arrogant Apple lawyers. They'll need dental work now. Today, the Court of Appeal in London delivered a figurative fist to the face in response to Apple posting a court-ordered apology that was anything but -- and actually accomplishes the opposite of its intent.

In July, UK judge Colin Birss ruled against Apple in a case charging Samsung with copying iPad's design. He ordered Apple to post an apology on its website and in major publications, to help offset the public image damage inflicted on Samsung. The American company appealed and lost. That notice, posted last week, defies the spirit of the order, an appellate judge told Apple lawyers today, according to Bloomberg.

During a hearing today, judge Sir Robin Jacob described Apple's apology as "a plain breach of the order", expressing: "I’m at a loss that a company such as Apple would do this". I'm not. I've seen this kind of behavior before. The episode reminds me of another during the decade when Microsoft was the computing giant. Apple has assumed that role and similar "frak the court" bravado with it.

Apple essentially retracted the apology, by adding this last paragraph, not that anywhere else in the October 26 statement did the company really apologize:

However, in a case tried in Germany regarding the same patent, the court found that Samsung engaged in unfair competition by copying the iPad design. A US jury also found Samsung guilty of infringing on Apple's design and utility patents, awarding over one billion US dollars in damages to Apple Inc. So while the UK court did not find Samsung guilty of infringement, other courts have recognized that in the course of creating its Galaxy tablet, Samsung willfully copied Apple's far more popular iPad.

In his news story about the statement, colleague Mihaita Bamburic observes: "The fact is Apple lost, and Samsung won. But viewers of the notice would find it hard to believe that it's the actual fact".

The appellate court took particular offense at the statement's last paragraph, which could be viewed as an accusation and insinuates that UK justices failed to administer justice.

The judges told Apple lawyers to acknowledge "the incorrect statement" in a subsequent posting. But no matter what the court orders, further damage already is done. The news media loves conflict, and Apple's accusing apology got huge pickup over the weekend. By the way, as I post, the original statement is still live on Apple's UK website. How arrogant is that?

Jacob told Apple to put up a new apology within 24 hours. Company lawyers said they need 14 days. "I would like to see the head of Apple make an affidavit setting out the technical difficulties" posting the notice, Jacob answered. "I just can’t believe the instructions you’ve been given. This is Apple. They cannot put something on their website?" "We are just amazed that you cannot put the right notice up at the same time as you take the other one down", Lord Justice Longmore told Apple lawyers.

The proceeding feels all too familiar. Before Microsoft's big antitrust trial, a smaller one preceded it in 1997. I remember well US District Judge Thomas Penfield Jackson ordering the company to remove web browsing functionality from Windows. Microsoft complied by delivering a non-functional operating system. "It seemed absolutely clear to you that I entered an order that required that you distribute a product that would not work?", Jackson asked Microsoft lawyers. To which he got an affirmative answer.