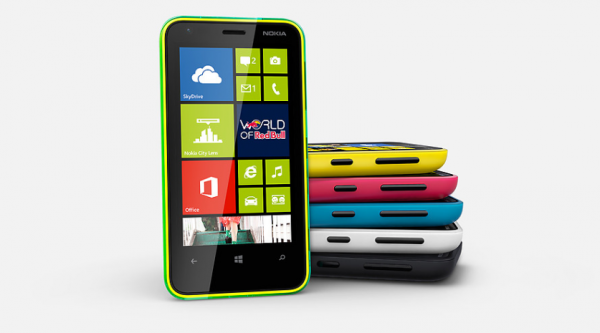 The Lumia 620 will come with a modest $249 price-tag, without operator subsidies or local taxes, and feature a 3.8-inch ClearBlack LCD display with a resolution of 800 x 480. Power comes from a 1.0GHz dual-core Qualcomm Snapdragon S4 processor aided by just 512MB of RAM. On the back there is a 5.0MP camera capable of 720p recording at 30FPS and an LED flash to brighten up indoor shots. On the front the Lumia 620 sports a 0.3MP camera capable of shooting pictures and videos at 640 x 480.

On top of the 8GB internal storage, and 7GB available through SkyDrive, the Lumia 620 features a microSD card slot which can further expand the device’s storage capacity by another 64GB. On the connectivity front, the handset offers HSPA+; Wi-Fi 802.11 a/b/g/n; Bluetooth 3.0; NFC (Near Field Communication); a microUSB port and a 3.5mm audio connector.

The Finnish manufacturer also adds some software value to the mix, including Nokia Drive, City Lens, Mail, Maps (available from the app store), Music, and Transport.