The PC is dead to me, or soon will be 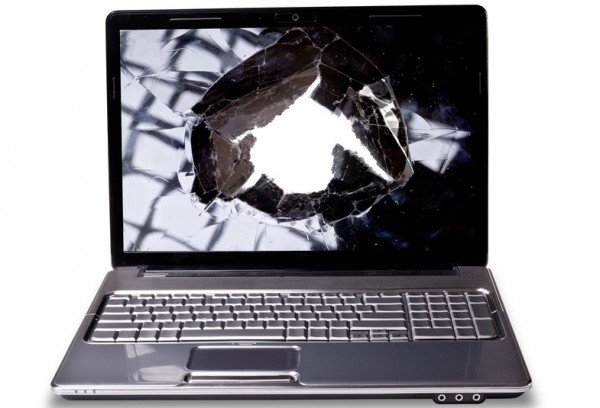 Later this month, I plan to jump cold feet into the next computing era by making a tablet my primary PC. I was all primed to start last year, but improved Google Chromebooks derailed the experiment. New year is here and good time for a computing resolution. Already, I made major computing platform shift in 2012 -- ARM, Android and Chrome OS. I'll write about the journey, which surely will tumultuous, at least to start.

I won't go alone. Yesterday morning, my wife asked about trading up to a larger tablet (she used the Nexus 7 I bought her in July). The request was totally unexpected. I added her as another user to my Nexus 10 and let her play around. She likes! She likes! So I ordered her the larger tablet, planning to sell the older one (and some other gear, to cover cost). The idea: We would together go tablet as main devices, with Chromebook as backup (hey, sometimes you need Flash, for example). We will share my Nexus 7, which has HSPA+ radio, to carry around when out and about (me sitting in the man chair while the women shop; she while, say, waiting for her dad at the doctor's office). But both of us will primarily use our own Nexus 10s.

My wife looks at this experiment with great trepidation, for starters being a fast touch typist. She worries about the touchscreen's soft keyboard and expressed interest in a tablet with keyboard cover. I immediately suggested Surface RT, but she resisted, never really liking Windows. Too bad, since Surface otherwise would suit her preferences, and I would have bought the tablet instead of Nexus 10.

This experiment will be one of teaching old dogs new tricks, as we adapt old habits (physical keyboard) to new ones (soft keyboard, touch and voice). Voice is one alternative to typing, I will explore and write about. Oh, yes, there will be ongoing stories about the experience.

I sold my wife's Nexus 7 late last night via Craigslist to Ari Isaak, owner of Evari GIS Consulting. He bought the tablet in part for his firm's location-based Android app for streetlight conversions and retrofits. I'll have more to write about his business when we meet for that purpose. For now, the Nexus 7 sale is foreshadowing, since a portion of his business already has moved to tablets, and that's where I'm headed.

My tablet experiment coincides with ongoing debate in the newsroom about the personal computer's future. Colleague Alan Buckingham says "The PC is far from dead", while earlier this week I posted "Ding, dong, the PC's dead". NPD DisplaySearch predicts tablets will outship laptops this year, while Gartner changes its position on tablet-PC co-existence.

"Whereas as once we imagined a world in which individual users would have both a PC and a tablet as personal devices", Mikako Kitagawa, Gartner principal analyst, says, "there will be some individuals who retain both, but we believe they will be exception and not the norm".

A few hours ago, colleague Mihaita Bamburic and I got into a hot discussion about the so-called post-PC era and how much longer the personal computer will be with us. I told him: "In my stories going back before my time at BetaNews I repeatedly qualify that I consider this to be the cloud-connected device era. PCs are cloud-connected, too".

He raised valid points about what does dead mean. "When I say PC is dead, I mean obsolete for the average person", then I posted link to my February 2011 story "The PC era is over" and excerpt, which is appropriate for you, too:

Many people will snark at my declaration, assuming that the end of the era is the end of the PC. Not at all. In the 1980s computing and informational relevance shifted from the mainframe to the personal computer in part because of lower costs and greater availability. PCs cost much less than mainframes and made information more available, essentially more mobile, to more people. Similar transition is happening today, as cloud-connected mobile devices make more information available to more people in more places than do PCs. Computing and informational relevance is shifting once again. The mainframe didn't go away because of the PC era, the mainframe's relevancy simply declined. The PC won't go away, but it's relevancy is declining.

Technological displacement is centuries old and fairly consistent phenomenon. Something new comes along and erodes interest in something else. The pace is slow at first reaching a crescendo, where there is a dramatic shift to the new from the old occurring within a short time span. Some older technologies continue for a time and disappear, while many others remain but in new niches. Some recent -- and not-too-hard-to-grasp -- examples:

There are so many other examples, but I'm trying to make a simple point not give a history lesson. Trains were displaced by autos in the United States but they didn't go away. PCs displaced mainframes, but they're still used as well. Landlines and wireless phones are near their dramatic changing point in many mature markets. Newspapers are in process of being displaced by Web content for PCs and mobile devices, but are likely to co-exist with them for a long time.

Co-existence doesn't mean equally relevant. We're well into a transition where several devices replaces the one, with the hub connecting them shifting to the cloud.

But Mihaita agrees with many BetaNews commenters: "Content creation, for instance, works best on PCs not tablets". My response: "When PCs came, there were still specialized tasks done on mainframes. But as PCs got faster and bigger storage and apps followed, everything moved. So, yes, some content creation will stay with PCs during the transition". That said, the transition is accelerating for many reasons.

I asked Mihaita: "Is Surface a traditional PC?" And answered: "No". (Disclosure: Yesterday I asked Microsoft's PR agency to provide Surface RT for review and could have used the tablet instead of the Nexus 10. But my request was refused. No problem.) The point: Microsoft pushes hard into the cloud-connected device era, which is much bigger than post-PC and has a place (though diminishing) for personal computers. The new power user will use several devices and none of them the traditional PC. He'll be a personal LAN.

But more. Standing outside the coffee shop last night, Ari Isaak discussed this concept, predicting something so sensible: Future clouds where devices auto-provision based on context. As you go into the office, your device connects to the work network, which largely keeps data safe behind the firewall or cloud data center. When you go home, the device auto-configures again. This eliminates two common problems today -- people commingling personal and professional data (and behavior around it), and employees carting loads of corporate files outside the firewall on laptops and smaller devices.

I've written here several times about the importance of context. Today context is everything. During the mainframe era, location defined people's work roles and how they interacted with technology. The work day ended and employees went home. Today, interaction often defines roles rather than location-- and the technology as well. Cloud-connected devices enable overlapping of roles -- you can go from parent to manager while sitting on the couch -- but the technology tends to be highly decentralized. The device's importance begins and ends with context, which interaction and not location defines.

Isaak latched onto this concept. He doesn't care about the location of company data. The servers can be anywhere -- that's a big benefit of cloud computing. But in earlier eras, physical location would absolutely be a concern. However, he does care about device location. That's paramount to his company's work.

Context is all about location and changing roles. You start watching a movie on a smartphone while traveling and then finish it at home on the HDTV. The content is the same, but location and context change. But there's more. I chatted to Mihaita today: "Location services change everything, because they provide the economic model, like search, for tablets and smartphones".

We're not there yet, as Isaak and I discussed last night. But we should be. Google Now pioneers this concept, by utilizing location in context of your search/social behavior to provide proactive information. Everything changes the day some service seriously starts sending proactive advertising based on location. If you search for pizza on smartphone or tablet, there should be discount coupons with the results -- scan and redeem on site. Or, using a service like Google Now, consumers should see coupons or discounts as notifications -- if they opt-in to accept them.

There are many ways to monetize location, and that's what I predict will suddenly push forward the computing era transition. If there's money to be made, devices and services will rapidly improve such that the PC you absolutely think you need today really won't seem so important tomorrow. I love change and can't wait for the future to come to me. I'm going to it -- that is if I really can use tablet (and smartphone) as primary PC.

Mihaita isn't convinced, and needn't be. He raised the right questions and his reservations are sensible. I can't help myself from trying.

59 Responses to The PC is dead to me, or soon will be