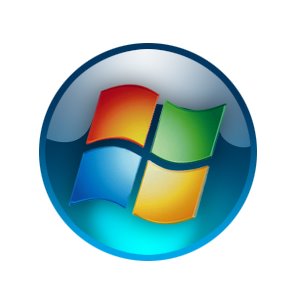 Windows 8 users fall into two simple categories. There are those that miss the old way of working and don’t really care too much about the tiled Start screen, and those users who have embraced Microsoft’s new operating system and don’t understand why people are still wittering on about the Start button and menu.

The truth, however, is a large proportion of users do want the Start button and menu back, initially at least, and thanks to third party software they can fulfill that desire fairly easily. There’s no shortage of freeware solutions, ranging from my personal favorite hack, Ex7ForW8, to ViStart 8.0, and we’re now beginning to get an idea of just how popular they are.

I don’t know exactly how many Start button/menu replacements there are for Windows 8 (but I’m personally aware of at least 20). And I don’t know how many downloads they total. But then I don’t know how many copies Windows 8 has sold either. I know Microsoft says it’s shipped 60 million licenses, but that figure is not in any way a reflection of the number of actual Windows 8 users. The dreadful state of the PC market shows a lot of those "sales" are still boxed up in warehouses or sitting on shelves.

A couple of days ago Pokki announced that its freeware Start menu had been downloaded 1.5 million times on Windows 8 (downloads of course do not equate to users, any more than licenses do). My colleague Alan Buckingham covered the story and showed some rather iffy math skills which he declared worked out to less than one percent of users. Even if his guestimate of 64 million Windows 8 users was right (which we know it isn’t because licenses are NOT PEOPLE) and the 1.5 million downloads Pokki has claimed were all individuals (which THEY AREN’T), that would actually mean just under 2.4 percent of Windows 8 users had downloaded a Start menu from Pokki.

Which is still a small amount, of course. But Pokki is just one company offering Start menus, and it’s not even the best known. Stardock Start8 coughed up some numbers at the same time as Pokki, and its are more impressive. According to CEO Brad Wardell, the trial version of the program has seen 3 million downloads since launch and it currently "sells thousands of copies a day".

Note that it "sells thousands of copies". It seems some people want a Start menu in Windows 8 so badly they are even prepared to pay $5 for it.

Getting back to the topic and pretending for a second that licenses and downloads are actual users, Stardock can claim just over 4.8 percent of Windows 8 owners have downloaded its program. Which means between them, Pokki and Stardock have close to 7.2 percent of the "market". And that figure is likely much higher when you factor in the all important detail that -- even being kind -- less than two thirds of Microsoft’s Windows 8 licenses are likely to be in the hands of actual users.

Plus, of course, there are at least another 18 Start button/menu options out there, that I know of, so it wouldn’t be too much of a stretch to say at least a third of Windows 8 users have decided to add a Start button to their OS. To begin with. We obviously don't know how many of them are still using an add-on (the Start8 download is a 30-day trial), and how many have decided to just do things Microsoft's way after using the OS for a while.

Which is all very interesting, and makes me wonder what BetaNews readers think.

If you’re a Windows 8 user, have you added a program to get the menu back, or are you using the operating system "as is"?