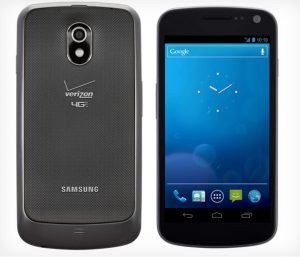 Little less than a week ago, after replying to tweets from disgruntled users, Verizon revealed that the Galaxy Nexus will "soon" receive a software update. The big red did not provide any specifics and, judging by its past track record, "soon" means "months down the road" as updates usually roll out with the speed of a snail cruising down the highway in rush-hour traffic.

But great news! Well, sort of. Less than a month after Google rolled out Android 4.2.2 Jelly Bean for the other Nexus devices, the Verizon-branded Galaxy Nexus has also received the latest iteration of the green droid operating system albeit via an OTA (Over-The-Air) update file. The OTA update was uncovered by enthusiasts, but comes straight from Google's servers which means that it might hit all devices "soon" (as Verizon likes to say).

As a result, at the time of writing this article, the only way to upgrade to Android 4.2.2 Jelly Bean is to manually flash the OTA update file, which comes in at 88.8MB in size, in the default or a custom Android recovery such as ClockworkMod or TWRP. Galaxy Nexus owners on Verizon will have to wait a tad longer for the big red to deploy the update in the traditional fashion and for Google to post the corresponding factory image.

For those who only wish to flash the radios there is a zip file available, which includes a new LTE radio version as well as a normal one. For enthusiasts there is also a modded OTA file which will deliver Android 4.2.2 with root, busybox, insecure kernel and init.d support in deodexed and zipaligned trim. Either of the two has to be installed using a compatible recovery.