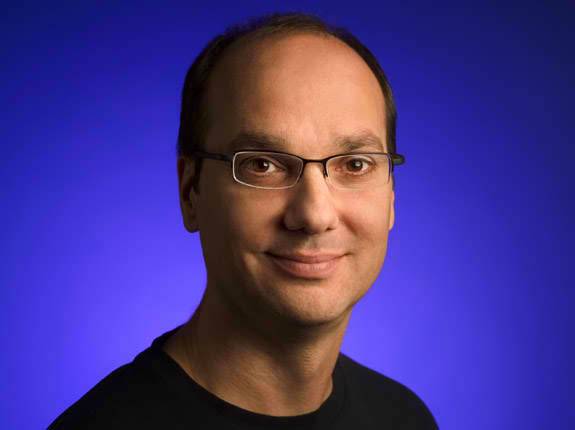 "Holy crap!" That was my response to colleague Alan Buckingham, when he informed me that Andy Rubin would no longer lead Android development. He's the father of Android! But green robot parent no more. The news is simply shocking and hints of some back-room drama and possible disagreement about future Google platform development. I say that because Sundar Pichai, the man behind Chrome OS, adds Android to his responsibilities.

For some time, Android and Chrome OS users -- me among them -- have posed quandary: "Why support two operating systems?" Google should bring together Android and Chrome OS. I wouldn't be surprised if that is the go-forward edict from Google on High, perhaps something Rubin wouldn't support. Yes, I speculate, but the man is passionate about his child, which Google acquired in 2005.

CEO Larry Page breaks the news shocking Google developers today. He starts by discussing meeting Rubin in 2004 and the progress of Android today. "We have a global partnership of over 60 manufacturers; more than 750 million devices have been activated globally; and 25 billion apps have now been downloaded from Google Play". By the way, that's 250 million more devices than iOS, for anyone keeping count (and developers should).

"Having exceeded even the crazy ambitious goals we dreamed of for Android -- and with a really strong leadership team in place -- Andy’s decided it’s time to hand over the reins and start a new chapter at Google", Page says. "Going forward, Sundar Pichai will lead Android, in addition to his existing work with Chrome and Apps".

Hint of change already is in the wind, as Google prepares to bring Google Now and Notifications from Android to Chrome and to Chrome OS.

Posting to Google+ Marco Bottaro observes: "Scott Forstall out of iOS, Steven Sinofsky out of Windows...and now Andy Rubin is out of Android. We live in interesting times". I'll say.

He continues: "My take -- as much as I hate to admit: the smartphone product definition 'problem' has been solved. We've moved from revolution to evolution and new types of people are needed there. From leaders to managers".

Jeremiah N shares some of my sentiment -- that it's "likely that Google wants to merge Android and Chrome OS. The best way to do that is to put the guy who runs Chrome OS in charge of both".﻿

"Finally time for Chrome OS and Android to meet in the middle?" Sean Riley asks.

But the change is more than about Android and Chrome OS merging. There is something bigger at work here. If you read the tea leaves, and I do, Google's platform of choice increasingly is Chrome. The browser, as development platform, can co-opt operating systems like iOS, OS X or Windows, while also fronting Chrome OS. The browser is more natural fit for Google services and anchors them anywhere.

By contrast, Android, while hugely popular, is constrained by OEM partners like Samsung. Google delivers fresh features to Chrome and Chrome OS users about every six weeks. Android updates are less frequent and carriers and device manufacturers logjam dispatch. For example, Jelly Bean, which released in July 2012, makes up just 25.5 percent of the devices accessing Google Play in the 14 days before March 5.

Pichai is the man leading Chrome and apps development for the browser. See where this leadership change is headed?