Why I love Raspberry Pi 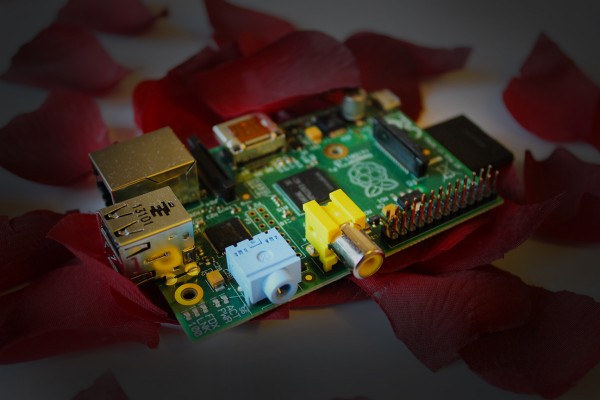 Sixth in a series. I’ve always admired the concept, execution and possibilities of Raspberry Pi, the British designed and built world-conquering credit card-sized ARM GNU/Linux computer. But despite following the Raspberry Foundation’s every move closely, and frequently promising that I’d buy myself a Pi soon, for some reason I never did.

A year came and went, and although a million Pis were sold in that time, I wasn’t one of the proud purchasers. But after my chat with the lovely Liz Upton, Head of Communications at Raspberry Pi Foundation (and wife of executive director Eben), I realized I had to rectify that mistake. Three weeks ago I finally ordered a Model B Pi, and minutes after powering it up, I knew I was in trouble.

Setting up the Pi was easy as. I took a gamble that I’d have all the required peripherals and cables I’d need sitting around in boxes somewhere, and fortunately the risk paid off. I had a HDMI/DVI cable I’d never used, a new SD card that I’d yet to put in a camera (the card is used as the system drive), a spare USB keyboard and mouse, and a microUSB cable for powering the device. I could have connected the Pi to my HDTV, but instead I chose to use the second screen from my PC’s multi-monitor set up instead. That way I could easily use my PC and Pi at the same time.

Once the OS (Raspbian "wheezy", a Debian Linux port) was copied on to the SD card, and everything was connected up, I powered up the Pi, tapped in a few commands and loaded the desktop.

I explored the delights of the different bundled applications, launched the Pi store and downloaded some additional games and applications (OpenTTD, Freeciv, LibreOffice, BarracudaDrive, and Unreal Speccy Portable) and before I knew it three hours and a deadline had passed. Uh-oh.

I logged off, yanked out the power (that’s the beauty of the Pi, turning it off just involves unplugging it) and went back to working.

An hour later, I’d downloaded Minecraft -- Pi edition, and was playing it on my new seductive little computer. I sought out some guides for programming Minecraft and gave that a try too.

My programming skills, I’ve discovered, are so rusty they’ve pretty much seized up, but the Pi has been encouraging me to get things up to speed again. I downloaded the RISC OS (Reduced Instruction Set Computing), so I could relive my youth, tapping in BBC Basic commands long forgotten since my school days.

Then, inevitably, I downloaded ChameleonPi and started emulating old computers on my new one.

I’ve had my Raspberry Pi for three weeks now, and I don’t think a day has passed when I haven’t powered it up and played around with it for at least half an hour -- and it's usually a lot longer than that. I’m currently experimenting with turning my Pi into a media center using XBMC.

I doubt I’ll actually create any great projects on my own, or become a proficient Python programmer, but that doesn’t matter. Raspberry Pi has helped me rediscover my inner coder and tinkerer, for which I’m grateful, and I’m looking forward to spending many more hours playing around with my new favorite piece of technology.

5 Responses to Why I love Raspberry Pi