ACLU joins the party, files challenge against the NSA and Verizon 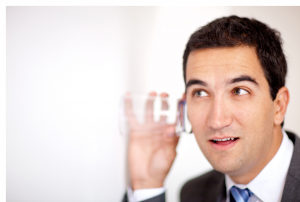 The National Security Administration may prefer to blend into the shadows, but that is a position no longer available to it thanks to the recent PRISM story. Yesterday Mozilla made headlines by launching a campaign against what has been termed a threat to citizens' privacy and security. Google also responded, assuring customers it had nothing to hide and asking for permission to publish information requests it receives.

Now the American Civil Liberties Union has taken the next step, filing against both the NSA and Verizon, the wireless carrier at the center of the scandal. The organization announces that it has filed a constitutional challenge to a surveillance program under which the National Security Agency grabs information about every phone call placed within, from, or to the United States.

In an official statement Jameel Jaffer, ACLU deputy legal director, says "this dragnet program is surely one of the largest surveillance efforts ever launched by a democratic government against its own citizens".

The ACLU is a Verizon customer, so this understandably hits close to home. The organization cites that Verizon was the recipient of a secret FISA Court order that required the company to "turn over on 'an ongoing daily basis' phone call details" such as who calls are placed to and from, and when those calls are made.

"The crux of the government's justification for the program is the chilling logic that it can collect everyone's data now and ask questions later", says Alex Abdo, a staff attorney for the ACLU's National Security Project.

In its last major attempt to overturn FISA, back in 2008, the court ruled against the ACLU by a narrow five-to-four vote, allowing for the continuation of the warrantless wiretapping program.

Undeterred, the organization has joined forces with Yale Law School's Media Freedom and Information Access Clinic to file this latest motion with the FISA Court, requesting that it publish its opinions on the meaning, scope, and constitutionality of Patriot Act Section 215. According to the ACLU, "if we don't say this is too far, when is too far"?

As a fellow Verizon customer I understand the concerns here and wish to have answers. I understand the need to keep the nation and its citizens safe, but at what cost? We realize that privacy is gone when we are in public -- there are cameras everywhere. But should data be collected on us in our own homes when we have triggered nothing to warrant such gathering? I think not.

22 Responses to ACLU joins the party, files challenge against the NSA and Verizon