My problem with iPhone 6 is big 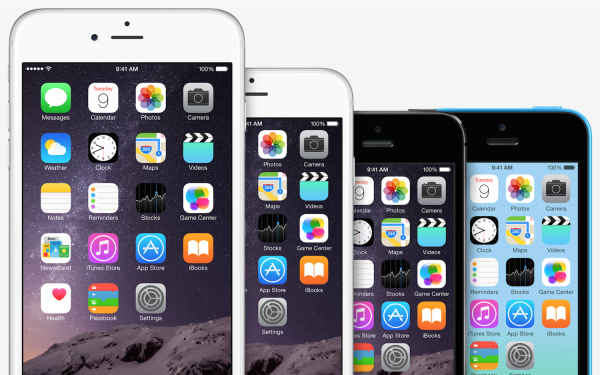 I'm a Mac user again. After two years of using Chromebook as my primary PC and going "Microsoft All-In" for the summer with Nokia Lumia Icon and Surface Pro 3, at the end of August I returned to my first love -- despite my reputation for hating it. I'm not anti-Apple. Fanatics who try to silence me, and other journalists not glowing about the fruit-logo company, just want you to believe that I am, by insisting bias where none exists.

Before Tuesday's splashy media event, I anticipated buying a new iPhone -- to fit into my renewed Mac lifestyle. But the size really bugs me. Last weekend, I asserted that September 9 would start the Tim Cook era -- that it would define where the CEO will take Apple. I used iPod nano as example of a product that defined Steve Jobs' leadership style. But Cook soiled my anticipation that he could be so bold. iPhone 6 and iPhone 6 Plus are too much me-too devices, and they're not what I expected from the great innovator.

I assumed the rumors ahead of the event were wrong. But they were too right. I told one of my colleagues day before the product launches: "Apple is sure to disappoint if the iPhone 6 leaks show the real device. I sure hope it's better than that".

Goldilocks and the Three iPhones

Call me Goldilocks undone. iPhone 6 Plus is too big. iPhone 5s is too small. But iPhone 6 isn't just right. It's a big phone for one with 4.7-inch display, which isn't even 1080p. I expected Apple would smartly take cue from Motorola and squeeze a larger display into a smaller body. Size matters, and "less is more" is a tried-and-true Apple design and marketing strategy.

For example, Jobs dealt with iPod mini imitators by killing off the music player and replacing it with something smaller: The nano. So as competitors prepared mini knock-offs for Holiday 2005, Apple sold something quite different. Cook's strategy appears to be imitation-debilitating in the strangest of ways: Giving competitors nothing to copy. Writing for The Register, Andrew Orlowski smartly states:

As for the industry of Apple of imitators and bandwagon-jumpers -- well, what are they to do, now? Now that Apple is imitating them, and jumping on their bandwagons? This morning the vast consumer electronics industry has a feel of recursion, of tail-chasing, and hoping for the best. It feels quite strange to write that. By any definition, I'm firmly in the Apple club.

In May, I explained "Why Apple no longer innovates". Cook, who arguably is a logistics genius, demonstrates status quo leadership. Jobs defied the rules, as I detailed in December 2009 analysis "Why Apple succeeds, and always will". The company's cofounder exhibited "David Thinking", by, like the Biblical hero, changing the rules of engagement. iPhone 6 and iPhone 6 Plus follow what competitors established with 4.7-inch and larger screens and what analysts predict consumers will buy.

What differentiates the new iPhones, which large sizes match competing devices? In his groundbreaking book Predictably Irrational, Dan Ariely explains how human beings tend to compare things that are closely alike and exclude others. Our brains are wired to make relative comparisons. The more relative two things are, the more likely we are to compare them.

Apple's past strategy -- one built around selling to loyal customers -- is to stand apart from competitors and set comparative features and benefits across its own product line. Meaning: Buyers compared Apple A versus B, C, or D rather than against Competitor X, Y, or Z. The new iPhones are physically too much like competing devices.

Last night's conversation with another news writer, who asked not to be identified, captures much of my initial analysis and sentiment about the new iPhones. Let's call him Fred.

Joe: Dunno...I find both phones disappointing. Plus is way too big.

Joe: Even the 6 is big, for the screen size. No HD display. No optical stabilization. My Icon has better specs.

Joe: It's too big. Apple made a mistake following competitors' lead.

Fred: Sales will tell that story, and I expect huge numbers.

Joe: I dunno. You have to understand who Apple sells to.

Fred: The 6 Plus will be scarce I bet.

Joe: There is a very good reason why Apple kept screen smaller for so long. Fits users' lifestyles.

Fred: I'm sure they did their homework, and it is calculated.

Joe: Cook uses different math than Jobs. So maybe the homework will get lower grade.

Joe: You don't sell the same thing for more. You sell something different, or better, for more. You think Plus will be big? Why? Convince me.

Fred: Users with 4, 4s, and 5s will be looking to upgrade and they want the big screens like their Android friends. Plus, Apple fans want the best -- they don't pick what size fits, they buy the best model.

Joe: And their Android friends will laugh at them for spending so much. Big isn't cool, which is my point. Small is cool.

Fred: Different is cool. You need an iPhone that says 'I have the newest'.

Fred: The small was inconsequential

Joe: You jest, surely. The size meant everything.

Fred: A different color has the same impact.

Joe: The nano was white and black.

Joe: Size was the impact, when he pulled it out of the jeans coin pocket. What is MacBook Air's appeal? Size. iPad Air? Size.

Fred: I would argue weight

Joe: This is a heavy phone.

Fred: 6 Plus will outsell 6 handily, IMO. Plus = special.

Fred: It's like adding the word 'Sport' to a car. Everyone wants the Sport. Blindfolded, do u want iPhone or the iPhone Plus? People say Plus.

Joe: The connotations around Plus when associated with size is Plus Size and being overweight. Blindfolded you can't see how big it is.

Fred: They made iPad work. That name was insane at first-- menstruation.

Joe: And which sells more? iPad mini. Because it's smaller.

Fred: Because it's cheaper.

Joe: Because it sells better, Apple raised the price $70 to preserve margins; mini isn't that cheap.

Joe: Based on what hands-on knowledge?

Fred: Parents will buy a significantly worse laptop for example, to save $20.

Joe: Then they wouldn't buy iPad to begin with.

Fred: If iPad mini was more expensive than Air, would it still outsell?

Joe: Possibly yes. It's all about benefits. Smaller size is a benefit. Larger size can be too.

Fred: Isn't that a feature technically? :) I read your feature vs benefit recently.

Joe: But in the case of Apple, and selling to the core customers again and again, size matters much. Right. Features and benefits are often confused.

Fred: Small size is a feature, not a benefit. You posted recently about the difference
got me thinking about that.

Joe: Right. Slipping your iPhone into your back pocket is a benefit. Using your phone with one hand is a benefit. Benefits that go away with Plus.

Fred: Cheaper and even smaller.

I wanted to discuss iPhone 5c more, but I was already late taking supper to my 92 year-old father-in-law, so we ended the discussion.

When you think about Apple's fashion-obsessed customer culture and the company's longstanding and successful approach to design, smaller matters more. iPod shrank with iterations, while Apple resisted following competitors and taking iPhone down Big Screen Lane.

How fashionable is a huge handset with 5.5-inch screen? At my daughter's university, most co-eds carry smartphones in their back pockets. iPhone 6 should still fit, if a bit more snuggly, but the Plus?

It's why I told Fred that you have to understand who Apple sells to. What is the customer base and how likely will many users be to purchase a humongous phone. Smaller size is more stylish and provides better benefits.

I really expected Apple to deliver an iPhone Air -- that put larger, more readable and vibrant display into a smaller enclosure. To re-revolutionize the smartphone by doing more with sensors, which use in the original made the device more human -- more responsive to you.

Apple could have done much more with iPhone 6's 4.7-inch screen capability, while using sensors and voice interaction to make the device even more responsive, humanlike, and intimate. That's the Tim Cook unveiling I wanted to see.

I am undecided still about either iPhone. Balance is another consideration -- that's how the features and benefits fit together and how the phone handles. My Nokia Icon has great balance and feel, while HTC One M8 is clumsily-handled. If Apple gets physical balance right, it will help off-set size increases.

Geeks love their big phones and obsess about features, which is one reason I include the exchange with Fred. But most everyone else evaluates products by different measures. Maybe Fred is right and Apple did its homework. I'll need to use both phones before being convinced.

38 Responses to My problem with iPhone 6 is big