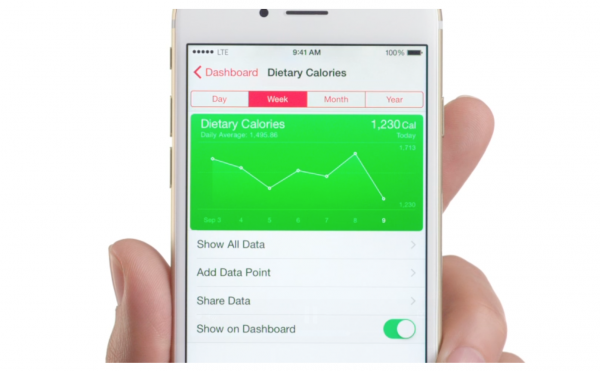 Well, the first iPhone 6 reviews are in, and they are unsurprisingly glowing. Apple's handpicked group of preferred, early reviewers don't disappoint in their enthusiasm. Not that anyone should be surprised by that. But reading them all -- and I did just that last night while waiting at the hospital with my 92 year-old father-in-law -- common observations tell a story about Apple's newest handset. This is one Once Upon a Time that anyone buying gadgets or manufacturing them should listen to. It's a morality tale about putting benefits before features and the fine art of achieving balance.

Among the many missives from Apple's love children: "iPhone 6 Review: It's a Winner" by Walt Mossberg; "Reviewed: iPhone 6 Is a Thin, Sexy Phone with a Killer Camera" by David Pogue; and "iPhone 6 Review: Apple's Cure for Android Envy" by Geoffrey Fowler, among many others. These reviewers really like the device, which by most definitions is exceptional -- and that will surprise fanboys waving around spec sheets and yelling "copycat!".

The human concept about exceptionality is one thing done well. You're an Olympic runner, stock broker maven, or gifted surgeon. But in product design exceptionality is something both more and less -- this is particularly true for personal tech devices; things we use every day. The exceptional thing stands out not for the one attribute but the many combined. That is: How they balance.

Consider the automobile you drive to work. Balance is hallmark of design, starting with aerodynamics and how the vehicle turns. An aerodynamically unbalanced auto will vibrate or burn fuel faster. Likewise, an unbalanced SLR camera will be clumsy in the hand when telephoto lenses are attached, if design isn't balanced. That's physical balance. Another type is just as important, and that's the balance of features against benefits -- and there two objectives often contradict: Providing the best experience to the user, while giving the most profit to the manufacturer and its supply chain of distributors and other third-parties.

When I worked as an analyst a decade ago, I consistently warned clients about the importance of balance, particularly portable devices -- at that time, before iPhone, cellular handsets and PDAs. JupiterResearch surveys consistently showed what benefits consumers wanted most, and, for example, battery life nearly always topped the list.

I learned about balance from my then boss Michael Gartenberg, who told clients (and I mimicked): A phone is a phone first and everything else second. For example, if the camera burns down the battery too fast so the phone can't be used as a phone, the feature is a detriment not a benefit. There must be balance among the principal features and the benefits they deliver.

Many device manufacturers failed to understand this concept because they obsessed about features. Let me repeat my metaphor: The holder that goes around a Starbucks coffee cup is a feature. Keeping your hand from burning is a benefit. While related, the two things are different. Not all features deliver benefits and some can take away from the user experience. In good design balance of benefits is everything.

The original iPhone is finely balanced, and Apple made difficult design choices getting there. For example, at a time when most other handsets could send SMS and many supported 3G, iPhone provided neither feature. Apple chose instead to make battery life and its relationship to newly-added sensors the priority. Those sensors and the multitouch screen transformed the user experience, by making a smartphone less of a cold, sterile thing into something more intimate and responsive to you.

That brings my discussion back to iPhone 6, which returns to core concepts carried by the original. I wanted Apple to deliver something more category transformative. Instead, the company chose to follow competitors down the larger screen path -- playing feature catchup someways and staying behind in others. Consider my Nokia Lumia Icon, which offers larger display, higher resolution, greater screen pixel density, higher megapixel camera, and optical image stabilization. By a measure of features, Icon is superior. Same applies to many other smartphones.

The Icon is actually comparable, because Nokia's flagship phone (e.g. 929 and 930) finely balances benefits. It's an exceptional device that deserves more praise from reviewers. Until I use iPhone 6, I won't guess which handset is more balanced -- not that it matters. The smartphones should appeal to different customers because of the digital lifestyles Apple and Microsoft offer.

Based on the early reviews -- granted from the chosen ones -- balance is iPhone 6's defining characteristic. That makes the smartphone exceptional; because in my testing, most smartphones fail to achieve evenness among benefits and balance between features and benefits. Exceptions are, well, exceptional. Moto X is another example of balancing benefits and putting the priority ahead of features. The original packed smaller screen and lower resolution than most competing Androids, favoring battery life and voice-response functions first, for example.

As I read reviews, examine features, quantify benefits, and grok why Apple followed the big-screen revolution -- offering fewer features along the way -- one thing stands out: Balance.

Walt Mossberg calls iPhone 6 "terrific" and "the best smartphone on the market". Quotables like these make public relations pros cry. He's on the Short List of Early Reviewers forever now. But the underlining theme is balance -- strangely a word he never uses even though it drives his review and others.

More than any other iPhone, No. 6 is closest to the original. Balance is a hallmark of Apple design, but it is expressed more in iterations among the original iPhone's successors until the newest. Numero Uno was radical, and compared to competing devices there is little revolutionary about iPhone 6. Evolution sometimes is revolution, when balance is achieved. Will I feel the same after using the device? That's a question yet to be answered.

99 Responses to iPhone 6 is exceptional