How to enable Continuum in Windows 10 Technical Preview build 9879 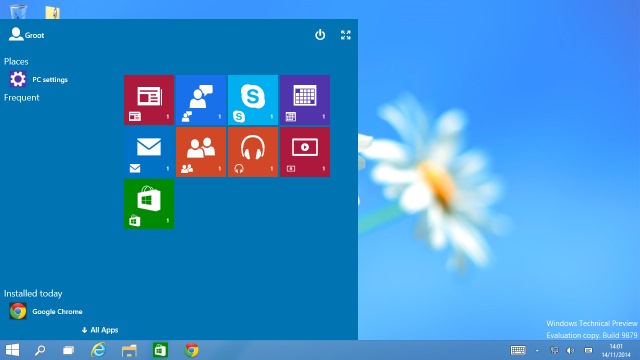 We're now on the third public build of Windows 10 Technical Preview. Build 9879 addresses some of the concerns people had with build 9860 -- including the ability to kill the infuriating Search and Task View buttons without the need for hackery. One of the biggest changes (or at least the most obvious) in Windows 10 is the reappearance of the Start menu, although the Start Screen is still there as an option.

In presentations, Microsoft has made reference to Continuum (a new version of the Start menu), but we're yet to get hands on with it. This changes in Windows 10 Technical Preview build 9879 as it is possible to enable an embryonic (no, rudimentary -- I referred to Windows 10 itself as being embryonic) version of Continuum. Want to take a look at a new Start screen? Here’s what you need to do.

Before you jump in, be warned that this is very, very, very basic. Continuum is not really functioning to any degree, but if you want to get the merest glimpse at what's on the horizon, you can do so. It's easily done, and easily reversed, so you can back out if you decide you'd rather wait.

Try it out for a bit, and you'll soon discover that this new version of the Start menu is currently pretty broken; it's prone to crashing and you'll probably end up ditching it. That said, it's interesting to see where Microsoft is taking the Start menu / Start screen hybrid, or at least seeing what ideas the company is toying with.

Tried it and decided it's not for you? Just head back to the same key in the Registry Editor and either delete UseExperience, or change its value to 0.