We hate spending too much time on our smartphones, but do it anyway 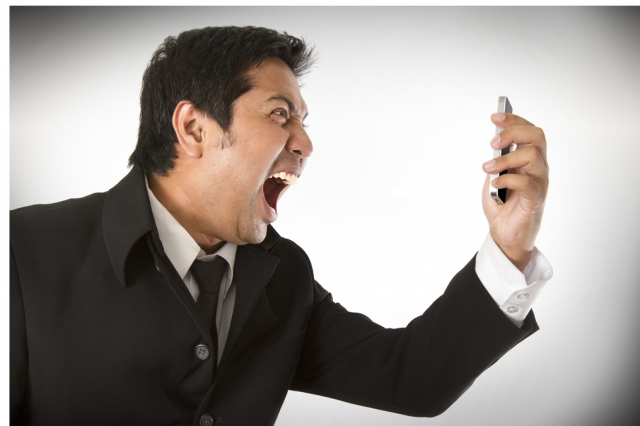 Approximately two-thirds of Britons hate how much time they spend using their smartphone, according to a new survey by Voucher Codes Pro.

A poll of 2,500 UK adults found that 62 percent resent the fact that they find it so difficult to stop using their phone.

As reported by the Huffington Post, the extent of our smartphone addiction is staggering. 11 percent of respondents said that they spend literally half of their time awake on their phone. 31 percent admitted to using their handset for at least five hours a day and 24 percent for three hours or more.

A similar survey late last year by Tecmark found that individuals in the UK picked up their smartphones 221 times a day.

The Voucher Codes Pro report also highlighted some reasons why smartphone users want to cut down on their technology dependence. 36 percent hated how their mobile device was taking over their life while 18 percent said that they could not live without it. It was also found to have a detrimental effect on users’ social lives, with nine percent of respondents claiming that it prevents them from spending time with their family and friends.

The survey also revealed that technology usage, in general, is having a negative impact on relationships.

54 percent believe that their partner is spending too much time using technology, with gaming being the number one culprit and mobile phone use a close second. 16 percent of respondents admitted that they had ended a relationship because of their partner’s technology addiction.

Last week, a scientific study revealed that when individuals are separated from their iPhone they perform poorly in simple tests and become noticeably anxious, highlighting the effect smartphone dependency is having on our mental faculties.

3 Responses to We hate spending too much time on our smartphones, but do it anyway