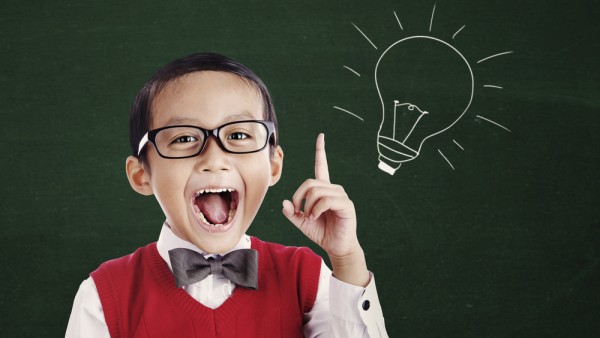 Outside Apple Store, people excitedly line up to buy iPhone 6. The crowd is remarkably eclectic. Tattoos here. Mohawk there. Someone wearing a prim business suit chats with a burly biker wearing sleeveless T-Shirt. Everyone's clothes beam bright, vibrant colors. Loud laughter and uproarious chatter is everywhere. This is one happy group of buyers.

The store's doors exit onto a green pasture of sheep. Each wears a chain around its neck, with iPhone 6 attached. Cow bells appear on the screens, and clanging sounds against the chirping of birds. One animal looks up: "Baaaaaaa!" Then another, and another. An announcer asks: "Do you really want to be an iSheep?" Then the Android logo and robot flash across the screen.

That's the kind of TV commercial Google and/or its manufacturing partners need to air now that in the United States iPhone market share nudges ahead of Android handsets (fourth quarter 2014, according to Kantar Worldpanel Comtech). Such circumstance was unfathomable 12 months ago. What happens in the four quarters ahead depends much on who wins the mindshare wars. I got to admit: Apple's lead is momentous.

The Next Big Thing

Samsung had the right idea with commercials that mock people waiting in long lines for iPhones that offer less capabilities than the Galaxy S series. Given the company's recent smartphone sales declines, maybe the South Korean electrics giant should have stuck with something similar for much longer.

Because those ads hit at iPhone's biggest appeal as adoption grows: Belonging. Or better stated: Not wanting to be left out. Human beings are innately gregarious. We seek and thrive on community, and, too often perhaps, being part of the herd. Just look at fashion trends that spread or any day's Internet meme. Look at last week's Super Bowl, where people who on any other Sunday  don't watch football become one-day fans—whether at home alone or partying with others.

I tracked this kind of behavior when conducting consumer surveys for Jupiter Research a decade ago. Assign whatever name you like—I'll use the "Cool Kids" syndrome, quoting from the Echosmith song: "I wish that I could be like the cool kids, `cause all the cool kids, they seem to fit in". Around the release of the mini in early 2004, iPod tipped into the "I want", "I must have" category. If everyone else had one, and iPod was cool, you had to have one, too.

That explanation simplifies iPod's success, because Apple accomplished many feats with respect to product design, marketing, and content available from the iTunes store. But there nevertheless was a tipping point iPod reached that made music players with better features less desirable rather than more. I consulted several companies mid last decade that couldn't grok why iPod sales soared when offering buyers less.

Benefits is the answer. Apple better balanced benefits and recognized that consumers prefer attributes like appearance and smaller size more than, say, having a FM radio. But all that said, popularity propelled iPod. When enough people wanted one, most everyone did.

Largely, in the United States, Apple and Samsung are the only smartphone manufacturers directly marketing during U.S. prime-time TV watching. Cellular carriers are aggressive, and some of their advertising includes various devices. I have griped for years about how little device manufacturers advertise, with exception of Apple. iPhone promos are everywhere—and interestingly most commonly in traditional media, like on television, inside newspapers, and on back covers of magazines.

iPhone isn't unstoppable yet. But banks' fast adoption of Apple Pay, which looks so cool in aggressive advertising, hints at building momentum. Google got to mobile payments much sooner and accomplished what? Nothing, in part because of Android fragmentation.

Last week, I ordered some T-Shirts from Google's company store, only to be surprised. Last time I purchased, the online retailer used Google Checkout, which was quick and convenient. No longer. I had to enter credit card payment information—for a store bearing Google's brand. Checkout discounted service in November 2013. Meanwhile, Apple Pay is seemingly everywhere, if for no other reason than advertising, while Google Wallet is incognito.

I single out payments, because it is potentially the killer application that will tip the smartphone platform balance one way or another. If everyone uses Apple Pay, then everyone else will use Apple Pay. Belonging—not being left out—is more than about responding to what's cool but adopting what's practical or available practically everywhere.

Apple's unified platform and single brand is a formidable combo when Android is fragmented by every measure that matters—number of competing brands, OS versions across devices, and varied, inconsistent user experiences because of UIs like HTC's Sense or Samsung TouchWiz. Androids compete against one another, and Apple, while the fruit-logo company is a distinct brand standing against the many.

Based on Kantar's numbers, and those from other analyst firms, Android could win the world as measured by market share but still lose the United States. I remember when Nokia had almost no presence here but commanded 70 percent share in India. There are many other examples of one brand dominating one market while not others. In the United States, Apple stands at the precipice, where iPhone could become unstoppable. How Android competitors respond, and even Microsoft with Lumias running Windows 10, means everything.

The first line of defense, or in this instance offense, is aggressive, clever, relentless marketing. There, competitors should borrow from Apple. In the late 1990s, the company started successful ad campaign "Think Different", which arguably, and presumably quite deliberately, is grammatically incorrect. At the time, Windows was the herd product that everyone used. Apple appealed to PC users who wanted something more—to be creative, individual, and to stand apart from the herd.

Humans may thrive on belonging but cultural influences matter, too, and individuality is a character trait that American society immensely values. You can be YOU using Android. No one decides for you. Do you want to be like everyone, or unique? Special? Make Android clearly the platform for choice, for expressing individuality, yet also place for being with other people. There look to Google's Chromecast commercials or Chromebook "For Everyone" ads. Their "belonging" tones are superb.

The anti-Apple set and Android or Windows Phone fanboys have long waved around term "iSheep" as a club. Marketers should use it differently. There I speak advertising-heresy when suggesting the marketing should make people feel bad about being one of the herd while enticing them to feel good about being part of the Android army. Sometimes trying to pull out both emotions can backfire if the ads aren't precisely executed.

Samsung's "It Doesn't Take a Genius" and "You Need to See This" series are good starts, but we need to see them lots more. Something else: Samsung has pulled from YouTube the video commercials that mock wall huggers waiting to buy iPhones. WTF?

If not iSheep then anything. But be it something rather than nothing. Mobile World Conference commences on March 2nd, and already there are wild rumors about the next HTC and Samung smartphones. If there was ever time to advertise, advertise, advertise, the next four months is it. But the effort will fail as long as Apple product commercials run repeatedly during U.S. primetime, and competitors air little to nothing.

Google and Android platform partners must aggressively advertise, or fail. Other platform problems can be solved later. But the first step is clear. If not taken, Apple will take the last step—to owning the U.S. smartphone market.

26 Responses to Android platform partners should think differently, or fail