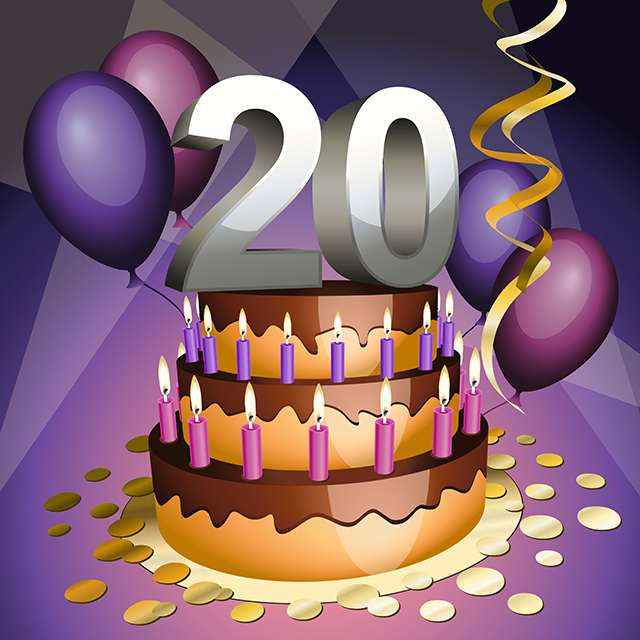 Earlier I posted that Yahoo had lost market share in February, despite now being the default search engine in Firefox for US users. But boy do I feel churlish now as it turns out today is Yahoo’s birthday, and I’m sure with a bit of thought I could have come up with a better gift.

Yahoo is officially 20 years old, and while the company has certainly seen better days, it’s also survived through some turbulent times. In 2008 Microsoft tried to buy it for about $47.5bn, but Yahoo wanted to get more money, a move which backfired badly. Instead of a sale, the company ended up agreeing to outsource search to Bing, a move at the time my colleague Joe Wilcox described, rightly, as a "strange one". Microsoft, he said was "Dumb", and Yahoo was "Dumber".

Under the control of Marissa Mayer, ex-Google employee #20, Yahoo has failed to regain the importance and relevance it once enjoyed, but she has stabilized it, and made some smart moves -- buying Tumblr was one, increasing Flickr’s free storage to 1TB was another, and getting Yahoo Search into Firefox is a third -- even if that last one isn’t exactly paying dividends yet.

In a blog post headed "Thank You For The Last 20 Years" (which my colleague Mark Wilson rightly says sounds like a "going out of business" announcement) David Filo, Co-Founder & Chief Yahoo, says:

In 1995, Jerry and I started Yahoo to help people more easily navigate the web. We wanted to build a guide. When we came up with the idea, it wasn’t designed to be a business, it was simply something we found useful. When we realized other people found it useful, we were motivated to work on it even more.

Twenty years later, the core of Yahoo is still the same.  We are driven by the same purpose -- to be your guide around the web. You may not know how much you motivate us every day by using our products and sharing your ideas, but you do. Thank you.

Technology is about constant reinvention.  Every day brings something new and in many ways, it feels like we’re just getting started. We’re in a different place than we were 20 years ago, but the best opportunities lie ahead. We want to continue building products that you love and that might make your lives better.

Thank you again for coming to Yahoo every day and inspiring us for the last two decades. I can’t wait to see what the next 20 years brings.

Technology is about constant reinvention, that’s true. Look at companies like Microsoft and Apple which have not only been around for decades, they’ve managed against all odds to stay at the top of their game. Apple is the most valuable company in the world, and Microsoft has numerous billion dollar businesses. Even young whippersnapper Google knows how important reinvention is.

Yahoo isn’t a company that’s managed to master the art of reinvention -- yet. But if it wants to be around for another 20 years, it will have to find a way to do so. The best opportunities probably do lie ahead for Yahoo, but whether it will be smart enough to grab them remains to be seen.

And yes, I know that headline is far, far too obvious.