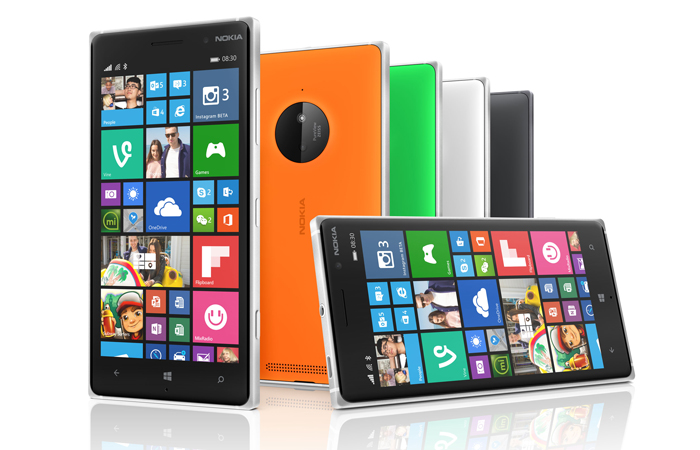 My colleague Brian Fagioli was right to reject Microsoft’s laughable claim that Windows Phone is experiencing 'impressive growth', and to also brand the tiled mobile OS as a failure. Android and iOS completely dominate the mobile space, and Microsoft -- which owns the desktop -- is nothing but a bit player.

If you ask anyone why Microsoft has failed to succeed they will probably say "apps". The Windows Store has a fraction of the apps found in the Apple App Store and Google Play (aside from the main names, few of the many apps I used regularly on my iPhone are available on Windows Phone) and there are dodgy clones and fakes to be found throughout the store. But while that is definitely a factor I think the real blame for Windows Phone’s failure lies elsewhere.

When we talk about "Windows Phone" we’re really talking about Microsoft’s Lumia range. Lumias account for 95 percent of the total Windows Phone 8.x smartphones worldwide. All the other device manufacturers don’t really amount to much.

Who, aside from the most diehard Microsoft/Nokia fan, can tell you the difference between the Lumia 635, 630 and 625? No one. The name seemingly says nothing about the phone. Gives you no clue, at all, why you should buy one model over another. You need to do research, compare the devices, and there are just so many Lumia models it’s impossible to know where to start unless you’ve read a review and go into a store and confidently buy that one model.

Microsoft might have inherited the frankly stupid naming convention from Nokia, which in turn borrowed it from BMW (for the record, with Lumias, the first digit is the device class, the second is the device generation and the third is the release version in that generation, or a region) but it doesn’t have to stick with it. It can, and should, move on.

Here’s what I think Microsoft should do with the Lumia range.

Create a flagship. Not a cheap pretend one like the Lumia 830, a proper full blown flagship Windows Phone. Make it out of metal, give it a premium price and a premium name -- Lumia One. (I’d suggest Lumia Aspire, but Acer might have something to say about that). Microsoft has no plans for a new flagship until Windows 10 is done and available, but when it does I just hope it doesn’t call it the Lumia 832, or something equally rubbish.

It should also give the other Lumias in the range a clear differential.

The Lumia 1020 is the phone which sells the Lumia’s photographic capabilities, so rename it the Lumia Photo (or Lumia Image).

Bundle unlimited OneDrive storage on one of the phones and give the world the Lumia Limitless.

The Lumia 930 can shoot ultra-HD footage? Call it the Lumia 4K then.

Microsoft could do limited edition models based on the many TV shows it sponsors. There might be a market for the Lumia Arrow, Lumia Dome or Lumia Walking Dead… (or maybe not).

The point is, in a market where you are failing -- which Windows Phone is -- you have to make products appeal to a wide audience, and as good as the Lumia 640 might be, that name renders it instantly forgettable. When this year’s Mobile World Congress is over you can guarantee no one will be talking about the Lumia six-something (whatever it’s called). It will fade into the background, just as the Harry Potter series likely would have done if the publishers had insisted on naming the books Rowling 520, Rowling 650, Rowling 870 etc.

Instead of Lumia 640 how about Lumia Elite, or Lumia Prime?

Do I seriously think all of Windows Phone’s problems could be fixed with a new naming convention? No, obviously not. There are issues with the OS which hopefully Windows 10 will address. There are problems with the lack and quality of apps, but Microsoft is (still) working on that.

The thing is, Microsoft needs to get phones into consumers’ hands, and one way to do that is to give the phone names people can remember and relate to. A numbering sequence that just goes up works for obvious reasons. Everyone knows the iPhone 6 followed the iPhone 5s and 5. The Samsung S6 follows the S5. No one knows which Lumia followed which, or what makes each model different from the next. Yes, a higher number is usually better, but not always. The Lumia 1520 is virtually the same as the 930, only larger. The Lumia 1320 is like a 630 only bigger. But the Lumia 930 is better than the 1320 where it matters. Confusing? It’s madness.

A name change won’t solve all of Windows Phone’s woes, but at least it will make the phones more appealing to the casual consumer, and right now for Windows Phone that's surely what matters the most.