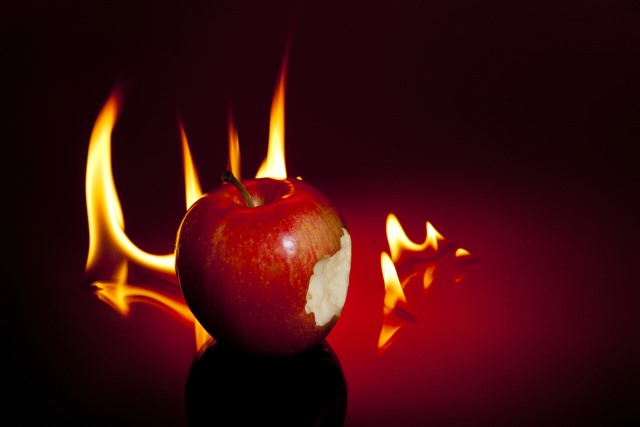 There was a lot of Apple news to digest from WWDC last week. As well as the latest versions of OS X and iOS, we witnessed the appearance of women on stage as Apple tried to do its part for diversity. Apple would probably like us to focus on the likes of the Apple Music and Beats One launches, but really it's another announcement that should be foremost in our minds: Apple News.

On the face of it, this is a simple replacement -- perhaps even just a renaming -- for Newsstand, but it's really much more than that. The key difference here is that content will not only come from media partners, but will also be curated. Apple is now a news editor, and that's extremely dangerous.

There are a number of reasons to be concerned about the fact that Apple will be employing a team of people to control which news stories appear in the News app. Perhaps the most worrying feature of Apple News is that the stories will be handpicked and curated. As noted by 9to5 Mac, Apple is advertising for news editors who are "ambitious, detail-oriented journalists with an obsession for great content". The aim is to "surface great content from a range of high-quality publishers", but what happens when there's a big story that is critical of Apple? Will it be buried? Ignored? Tweaked?

Apple has made much of the human side of news, and the job advertisement says that the successful candidates will need to be able to identify "compelling stories unlikely to be identified by algorithms". It will be interesting to see how the compelling stories that are critical of Apple are handled. As Apple News covers the full gamut of news -- politics, sport, war, finance, entertainment, business, and so on -- it's fair to say that the percentage of potential news stories that might be critical of Apple would be fairly small, but that's not really the point.

Working for Apple is a highly prestigious position. What editor is going to be willing to surface stories that lay into his or her employer simply because the story is compelling? This is the danger of curated news. Bias, opinion, and politics start to creep in. We already seen that media moguls such as Rupert Murdoch are more than happy to use their influence and control of the media to their own advantage, to push the political agenda that benefits them the most. Will the obvious bias of the Murdoch empire be echoed in Apple's editorial choices?

Of course, controlling the news need not be quite as simple as promoting stories that praise the company and ignoring those that are critical. Apple is a business, and it has interests. As a company it cares who is in government. It cares about the outcome of elections. It care about all manner of global issues. Like Murdoch, there will be a strong temptation to push the Apple philosophy through the news it presents to readers. When iOS 9 reviews start to creep out, will Apple News be filled with content that describes how "magical" and "innovative" the latest release is? Will there be any that point out that it is dull and boring? Any that say it has borrowed ideas from Windows Phone and Android? Any that suggest it is a failure?

These are obviously questions that can be leveled at any news outlet or, indeed, individual. But things are -- as ever -- very different with Apple. Organizations are keen to foster good relations with the company in order to get their hands on new Apple products for review. Years can be spent building up a relationship with Apple, and it's famously easy to be ignored or blacklisted by the company. This is also a two-way street. As well as news outlets being unusually inclined to be supportive of Apple, Apple is, understandably, keen to highlight those organizations that sing the praises of its products.

With its News service, Apple has a number of media partners. Will they feel compelled to provide more positive coverage for the company lest their lucrative business partnership be brought to an end? Of course, no news outlet would admit to this -- nor indeed would Apple admit to holding any sort of sway over its partners -- but it is very hard to tell what goes on in board meetings and newsrooms.

These are fears that may amount to nothing, but watch out. Apple's curation of the news could see the company getting political. Will we end up questioning why every single story has been chosen?

23 Responses to Will editorial bias blight a curated Apple News?