Will you upgrade to Windows 10? 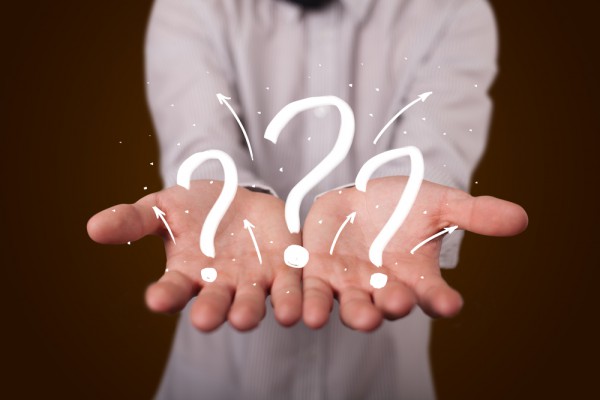 Microsoft officially launches its newest operating system tomorrow. OEMs like Acer, Lenovo, and Dell are shipping computers loaded with Windows 10, while some of you can claim free upgrades now. But will you? We want to know, as perhaps do other readers considering whether or not to make a go.

To be brutally honest, I seriously considered using headline: "Will you upgrade to Windows Death?" Because: if Windows 10 doesn't succeed it will be the last viable version given the success of Android or iOS; shipments of both mobile platforms either match or exceed Windows computers; and Microsoft's advancing cloud strategy signals the end of Windows as we have come to know it, as the operating system evolves and updates in a manner more like Chrome OS than the big release delivered every few years. Then there is the criticism, much of it in BetaNews comments, that makes upgrading to Windows 10 seem like Death.

From my perspective as a journalist reporting about Microsoft for nearly two decades, Windows 10 is the platform's last stand—last rally against the advancing Android and iOS horde. It's not a question if contextual, cloud-connected devices replace traditional PCs but when. Microsoft's tile-and-touch oriented Windows 8 and 10 user interfaces, even with design concessions made for Desktop traditionalists, acknowledge that contextual cloud computing is here.

Some people embrace change, while others—particularly professionals managing large IT infrastructures—resist it. We'd like to know where you stand in this upgrade process. Surveying the landscape, I am surprised to see how much Windows 7 is the new XP. Vilified by many Microsoft users six years ago, Win7 is suddenly sacrosanct. The praise also reminds of XP, which likewise wasn't received well at launch only to later become the workhorse many Windows users still refuse to give up. Anecdotally, I see many XPers advancing to Windows 7 while giving the big raspberry to the mighty 10.

This isn't our first poll about the platform. On June 22nd, we asked: "What will you do when Windows 10 is released on July 29?" Due to a coding error, which I fixed today, the wrong poll appeared for several weeks, robbing you of opportunity to respond. That said, the other poll, "Should Microsoft force automatic updates in Windows 10?", is relevant to the question I pose today. Among the 873 respondents, as I write, 58 percent answer "No" to auto-updating.

This may be BetaNews, and many of you were or will continue to be Windows Insiders running testing builds, but July 29 has arrived and real deployments begin. Or not.

As early sense of possible responses, colleagues Wayne Williams in separate stories 10 reasons to upgrade and not to upgrade. Let's review some comments.

"One of you MS fangirls give me a list of reasons why I would want to take a perfectly good running Windows 7 PC and upgrade it?" reader Stooker Adams asks. "I am not trying to be a jerk, just please give me a list of why I would want to do this. I will be honest, I simply can not stand the look and feel of Metro. The flatness of the theme and the colors are hideous to me. Windows 8 was a huge turn off to me"

Win10 is ugly beyond words. Microsoft needs to adopt a real GUI, perhaps KDE Plasma. Besides the OS doesn't matter, MS makes the bulk of their profits on Office tools. There's no clear reason to move to Win10 if all your Office requirements are met by Win7. As for Cortana—MS phone home spyware. I would trust Amazon Echo over MS. Amazon simply wants to sell you more stuff, MS desires to know you on a personal level. Moreover, I trust my NSA over MS anytime.

I will be upgrading all my machines as soon as I can I have been part of the Insider preview and I have been very happy with Windows 10...What I like about Windows 10 is small learning curve, and it just works and is simple to use. I have owned a Mac in the past and so I have firsthand experience how bad a UI can make you less productive.

Reader benjitek has been "using W10 beta since it came out, and I like it—much more so than Windows 8. Apps designed for it aren't designed for non-touch use—so if you happen to be using a desktop or clamshell laptop with a mouse or touchpad, it seems that you're having to move the pointer a lot further around the screen than before; not something you'd notice if you were using a finger to tap things. Not a huge deal for me personally, I guess they couldn't really avoid this, a little bit of compromise in the blending of desktop non-touch UI with touch-UI".

So what's your plan? Please take the poll and give your reasons in comments.

24 Responses to Will you upgrade to Windows 10?