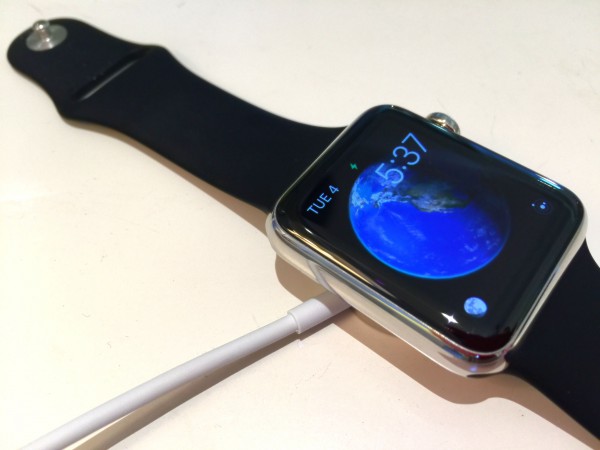 About two weeks ago, I shared how Apple Watch tickles my fancy. From likes, we go to dislikes, and keeping with the other I purposely limit the number to five. Quick recap: I bought the aluminum model on June 18, 2015 from the local Apple Store. Seven days later, I exchanged for the stainless steel variant. Except to charge or to shower, I've worn it constantly since.

Broadly, my feelings about the smartwatch are mixed. The delivered benefits are excellent, but they aren't enough to justify the lofty price. If not for using MacBook Pro and iPhone 6 Plus this summer, Android Wear and iOS incompatibilities, or the promise of watchOS 2 coming early autumn, I would not have purchased the device. I'm not dissatisfied with Apple Watch, but want more from it. As I explained on July 18, the measure of success or failure isn't sales but returns. I kept mine. How many early buyers didn't?

Three questions are important when evaluating a gadget's worth:

I can answer affirmatively to all three. But there's another: Do you want more from the deice—particularly compared to others? Yes answer is why we have a list of dislikes. The Apple faithful call the smartwatch perfect, and that may be true for Kool-Aid drinkers. Everyone else, I dunno. Let's proceed with my deliberately short list:

1. Cost is too high for device and wristbands. Apple Watch starts at $349 and sells for as much as $17,000. Unless you have a small wrist, the least you would pay is $399. The Sport model, available for both prices, is made of aluminum with muted finish. Default bands aren't very classy for the price: Blue, green, prink, and white when purchased with the silver timepiece or black with the Space Gray. The straps are made of fluoroelastomer, which is a fancy name for synthetic rubber.

The better choice, stylistically, IMHO, is the steel model, which starts at $549 for silver and sells for as much as $1,099 for black with black link-style band. The silver's shiny case and trendy, but subtle, accents are aesthetically more pleasing than the aluminum model. But, functionally, the watches are identical. You pay more for style, better band choices, and sapphire crystal.

As for the watch straps, six varieties are available. The fako rubber is $49. For basic leather or stainless steel, Apple charges $149 (cough, cough). Fancier dead animal skin is $249 (choke, choke), while linked-style metal is $449. Granted, Apple makes changing bands so simple it's scary, which increases options for third-party straps.

Is this too much to pay? Do the math, and call me an ass for buying one of these thangs. Apple Watch is meant as an iPhone companion. But on 2-year contract, the smartphone sells for considerably less—$199 or $299, respectively, for 16GB or 64GB storage—than the smartwatch. How dumb a deal is that?

2. Apple Watch with sapphire crystal is difficult to read in bright sunlight. I can attest from experience that the cheaper, aluminum model has superior screen for use outdoors. While Ion-X glass may not be as tough resisting scratches from bumps or other everyday wear, it is less reflective and more viewable than Apple's alternative.

Even in regular room light, the stainless steel smartwatch looks dimmer to my aging eyes. DisplayMate offers superb study explaining the differences, and why what I anecdotally observe is scientifically explained. Snippet: "If you were to hold up two identical watches side-by-side, the one with a glass crystal would be about 20-percent brighter than the one with sapphire (due to fundamental principles of optics that reduce its light transmission), so it appears somewhat darker and duller, particularly because the light has to pass through the crystal twice".

The difference is so profound, and because I live in sunny San Diego, I considered switching back to aluminum early in my 14-day buyer's remorse period.

3. Contextual benefits are deficient compared to Android Wear and Google Now. This is something Apple promises to fix, if only in part, with watchOS 2. But today, Siri still sucks, and her piss-poor responses to easy queries are more painfully annoying from the wrist. I say that because questions asked to the watch typically are contextual. Meaning: They relate to something I am doing or someplace I am going and warrant immediate attention.

Apple Watch demands much more user intervention than does Android Wear by design. The company cofounded by Steve Jobs has emphasized fingers and touch as major design ethic since the original Macintosh 31 years ago. By contrast, context is core to Google's corporate culture and design philosophy, and it pervades everything. (Hey, what's more contextual than search and the paid links or ads wrapped around the results?) Touchless interaction (e.g. voice) is superior on Android Wear devices compared to Apple Watch, which for some operations requires thumb and finger because of the crown. Really? This is innovation with benefits?

Additionally, Google Now proactively provides useful information, like unprompted alerts about time to drive home or the current weather. The difference: Taking into account where you are and what you might need. That said, there is something spooky about Now that makes me wonder about all the personal information Google collates and ties into its service to offer superior contextual experience (e.g., what you want, where you want). But what do we give up to get it?

4. Personalization is limited. Would you like to swap out the watch face on your Apple smart wrist wear? You can count choices on both hands. Google gives third-parties free reign to create custom faces and sell them from the Play store. Most are affordable (typically free or 99 cents), and they are an Android army of choices. I count 30 rows of 7 watch faces to choose from. Apple gives you nine, and seven more are expected with watchOS 2. Mmm, 200-plus or nine? Which of those is more? Some of the faces are attractive, while many others also display contextually useful information.

Muncha, muncha, muncha, you could have PacMan, Despicable Me, or napping cap on your watch. Maybe you'd like the face to display 500px photos, star maps, or visual sunrise and sunset animation. Your timepiece can look classic, minimalist, modern, retro, or techno without purchasing multiple timepieces (as some people do).

Before fanboys fume, yes, Apple offers some content personalization for its own watch faces. But that's far away from feeling like you have a new timepiece every day because of the many choices Android Wear gets. That said, circling back to #3, the best way to put contextually relevant information on your Apple Watch is to use the limited personalization choices that the bitten-fruit logo company provides.

Something else: Apple's personal assistant is so doofus at her job, I want to fire her.  If I can't, then let me address her differently. i would want to personalize "Hey, Siri" to "Siri, you ignorant slut". But, I am denied (and so are you).

5. Battery life is good, but not great. My Apple Watch demands recharging every 18-40 hours, depending on use, with one full rotation `round the sun being typical. All modern smartwatches suffer short spans before batteries drain down. Apple Watch is above average, in my testing, particularly considering how much can be done with apps on the phone. But the fruit-logo company's apps obsession cuts to the core functionality. A device should do what it's designed to very well. Heavy apps usage can burn down the charge faster such that sometimes Apple Watch can't make a full work day of use.

Balance is a fundamental design attribute. The best devices balance features against benefits and don't sacrifice core functionality during normal use. If the battery dies sooner than your reasonable daily need, the device's design is flawed. I wouldn't apply that extreme to Apple Watch. Yet. But my expectation, as yours may be, from a life wearing analog: Put on the timepiece and worry about the battery every few years.

And finally...The list of things I like about Apple Watch exceeds that I don't. The so-so contextual utility irks, but watchOS 2 may be the solution. Most of my dislikes could be turned around. For example, Apple could lower the price, offer more contextual services, and extend personalization options. Even battery life could be improved through software optimization. The overly reflective sapphire crystal is more challenging, however.

Measure of worth: I use Apple Watch throughout the day—for many more needs than checking the time. I will explain further when writing my eventual, full review.

12 Responses to 5 things I don't like about Apple Watch