Dear Satya Nadella, the pitiful Lumia 950 signals Microsoft should give up on mobile 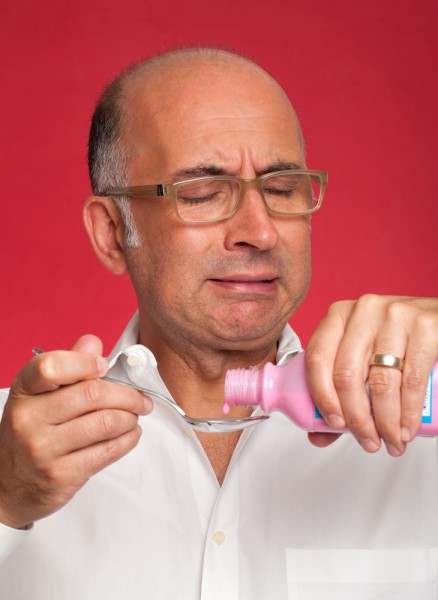 Hey, Satya Nadella, you are doing a pretty good job at Microsoft. Windows 10 is a darn good desktop operating system, although you need to work on those confusing privacy settings, bro. Office 2016 is great too, as always, and your cross platform apps are wonderful. Hell, even Bing continues to get better.

We need to have a heart to heart about Windows 10 Mobile, otherwise known as the continuing of Windows Phone, though. Here's the thing -- nobody wants it. Other than some Microsoft fanboys and beat-writers like Paul Thurrott and Mary Jo Foley, it's about as wanted as diarrhea. Yes, Satya, I am comparing your mobile operating system to loose stools. While that sounds a bit extreme, it sadly actually isn't. It's time to give up on mobile. Free your fanboys from their mental prisons.

I tell you this not to be cruel, but because I care. I liken it to having a good friend with bad breath. If you really care about them, you should tell them about it, even though it is awkward. Satya, Windows 10 Mobile is Microsoft's bad breath.

The crazy thing is, you are selling the Lumia 950, while the operating system is hardly complete. To make matters worse, you partnered with AT&T, severely limiting the number of consumers that can even use the damn thing. Verizon users, like me, can't even use it, and thank God. I'm glad that unknowing Verizon users won't be subjected to the miserable existence of being a Windows Phone user.

There are two important things when it comes to mobile platforms -- security and app availability. Apple's iOS is the king for both of these, while Android has a lot of apps. Some people criticize both of those operating systems as being nothing other than "app launchers". Uh, yeah, that is pretty much what an operating system should be. It should be quiet and non-obstructive as the user gets work done. Your Live Tiles, while interesting, just get in the way. It is counter-intuitive to the way the brain works. You have thrown icon-memorization out the window.

If someone decides to purchase a Lumia 950, which is way too expensive by the way, they are in for a world of hurt. Most banks do not offer apps and never will. Many popular apps, including Google's aren't available. To make matters even more depressing, there are often tons of knock-offs and third-party alternatives that makes the experience feel cheap. It doesn't matter if the camera is great or the specs look good on paper; without apps, your platform is dead.

The Lumia 950 has great hardware, this is true, but the overall appearance is boring. If that is the best you can do with a flagship, you are in trouble. And Continuum? It sucks. You can only have one app on the screen at a time, and not every app is even supported. More glaring, however, is the fact that no one is going to carry around a monitor, keyboard, mouse and dock in a backpack. It doesn't make sense. An inexpensive laptop would be more useful and easier to carry, while costing less too. The user can move about their house with a laptop -- not so with Continuum.

Regarding my comment about fanboys' mental prisons, you have the power to free them. Stop feeding into their never-to-be-realized dreams of Windows 10 Mobile being a success. You know it will never be a success -- most of the world knows too. I argue that it is almost unethical to sell a product that you know will cause nothing but despair. In other words, you are knowingly selling a product that is inferior to the iPhone and Android phones like the Samsung Galaxy Line. Your paltry number of mobile users would be more satisfied with those other choices -- let them be happy. Give up.

Look, you are doing great things in other areas. Like I said, Windows 10 on the desktop, Bing, Office 2016, Xbox and your cross-platform apps are great. Heck, I love that you are embracing open source more and more too. With that said, wise people, which I think you are, Satya, know to focus on strengths and not weaknesses. Windows 10 Mobile, or Windows Phone, is Microsoft's biggest -- and most embarrassing -- weakness.

Earlier, I compared Windows 10 Mobile to diarrhea. Well, it is time to guzzle that Pepto Bismol, Satya. It might be hard to swallow now, but you will feel better later.

403 Responses to Dear Satya Nadella, the pitiful Lumia 950 signals Microsoft should give up on mobile