Linux can still beat Windows in the desktop war, and Linus Torvalds is 'working on it' 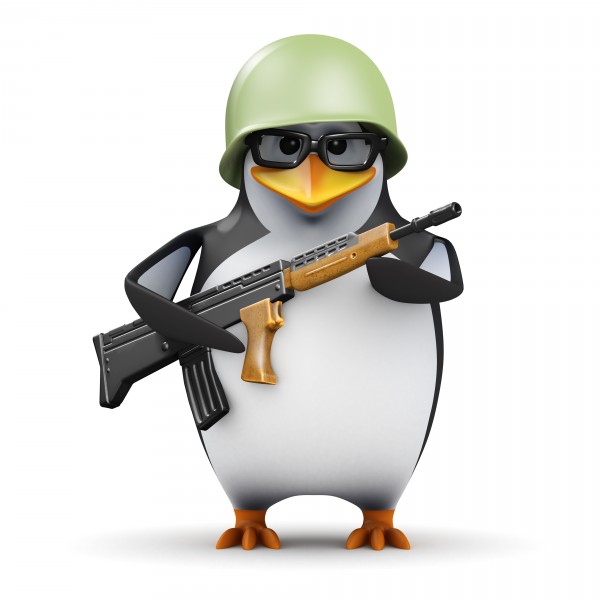 About a year ago, I declared Windows 10 was "the final nail in the coffin for the Linux desktop". What I meant by this was not that Linux on the desktop was really dead, but that the Linux community had failed to capitalize on the negative sentiment towards Windows 8x. What I didn't expect at the time, however, was Microsoft's privacy faux pas with Windows 10. While there are more than a quarter billion installs of the latest operating system, plenty of folks have serious concerns about spying.

Maybe Linux has a chance on the desktop after all. Ubuntu is being integrated into Windows 10, and Android seems to be headed towards the desktop. In other words, Linux is making significant moves. Heck, even Linus Torvalds is prepared to keep fighting the good fight, and he declares that he is still "working on it".

According to CIO, Torvalds gave a comment about Linux on the desktop at the Embedded Linux Conference. You can see his quote below.

The desktop hasn't really taken over the world like Linux has in many other areas, but just looking at my own use, my desktop looks so much better than I ever could have imagined. Despite the fact that I'm known for sometimes not being very polite to some of the desktop UI people, because I want to get my work done. Pretty is not my primary thing.

I actually am very happy with the Linux desktop, and I started the project for my own needs, and my needs are very much fulfilled. That's why, to me, it's not a failure. I would obviously love for Linux to take over that world too, but it turns out it's a really hard area to enter. I'm still working on it. It's been 25 years. I can do this for another 25. I'll wear them down.

While Linux has lost many battles to Microsoft on the desktop, the war is not over. Torvalds pledges to dedicate the next 25 years of his life to usurping Windows. Will the open source kernel prove victorious on the desktop? It is totally possible. After all, time is not finite, and even the Roman Empire fell. If you follow history, nothing lasts forever and that should ring true for Microsoft's stranglehold on the desktop.

Still, let's not forget that the computing landscape is changing. Who knows -- in 25 years, the desktop concept itself could be dead. Linux already owns both the mobile and server markets -- maybe the desktop will prove to be inconsequential in the future.

Is Linus Torvalds delusional, or does Linux really have a chance on the desktop? Tell me in the comments.

244 Responses to Linux can still beat Windows in the desktop war, and Linus Torvalds is 'working on it'