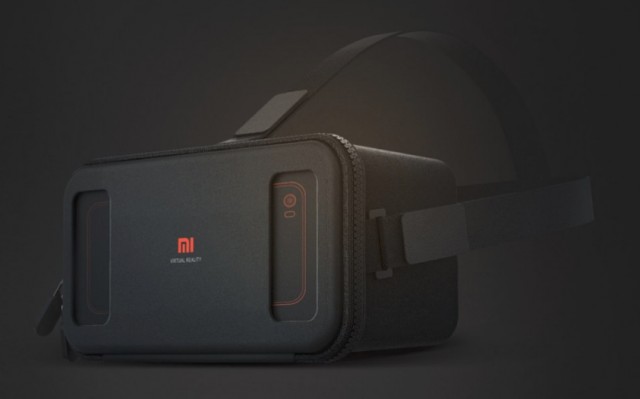 Xiaomi is getting ready to enter a new market, as today it unveils its first virtual reality headset, called Mi VR. Just like most other devices of its kind, it relies on a smartphone to work, but what sets it apart from the crowd is its unique design.

Mi VR features a case made of Lycra, which is said to provide "long-lasting comfort" to the wearer. The smartphone is held with by a zippered cover, which gives users a certain degree of flexibility when it comes to the size of the device that they want to use with Mi VR.

Xiaomi says that Mi VR can used with smartphones with a 4-inch to 5.7-inch display, which covers all the popular devices that you can get today. That includes Apple's iPhone SE, iPhone 6s and iPhone 6s Plus, and Samsung's Galaxy S7, Galaxy S7 edge, and Galaxy Note7.

The cover that holds the smartphone also features two large openings, to prevent it from overheating -- which is a problem when the mobile device has to do all the heavy lifting. The two openings are also there to help the user find a suitable position for the smartphone -- if it is not properly aligned with the lenses the content may be displayed off-center.

Probably the most interesting thing about Mi VR is the selection of models that it will be sold in. You can take a look at all the flavors below (except the standard version, shown in the picture above).

To provide content for Mi VR, Xiaomi has teamed up with several companies. However, the headset is only targeting the Chinese market at this stage, so content is likely to be adapted for the company's local market.

Xiaomi has not officially released Mi VR yet, as it will first make the headset available to beta testers in China. Those who are accepted to sample the product will be offered the option to purchase it for around 15 cents (CNY1).

Quite possibly the price will change after it officially hits store shelves, though we do not yet know when that is expected to happen and whether it will also be offered internationally.