After a couple of days’ delay, Microsoft finally releases a new build for Windows 10 Insiders on the Fast ring.

We already knew some of what to expect of this build, as Microsoft previously announced the new gaming features, but naturally there’s more to Build 15019 than just that.

As well as the new Game Mode, Beam video game streaming, and a dedicated Gaming section in Settings, the new PC-only release offers improved full-screen support with Windows Game Bar for a variety of additional games.

It’s not all about gaming though. Edge can now read your ebooks to you. You just need to click the "Read aloud" button to get this working. Edge also can now display full color, updated emoji by default on sites which use them.

The new Privacy settings we’ve discussed previously, make an appearance in this new build too.

The Creators Update has a bit of a new design to look forward to, and you can see some of this in the new build.

You can now follow the download progress of apps and games from the Windows Store in the Action Center, and the blue light feature, which makes using your PC at night more comfortable on the eyes, has been renamed Night Light, which makes sense. Microsoft has made some improvements in the range of color temperatures too.

If you’ve ever used a troubleshooter to fix a problem with your PC you’ll be pleased to hear in this build they are easier to find. Just go to Settings > Update & security > Troubleshoot. 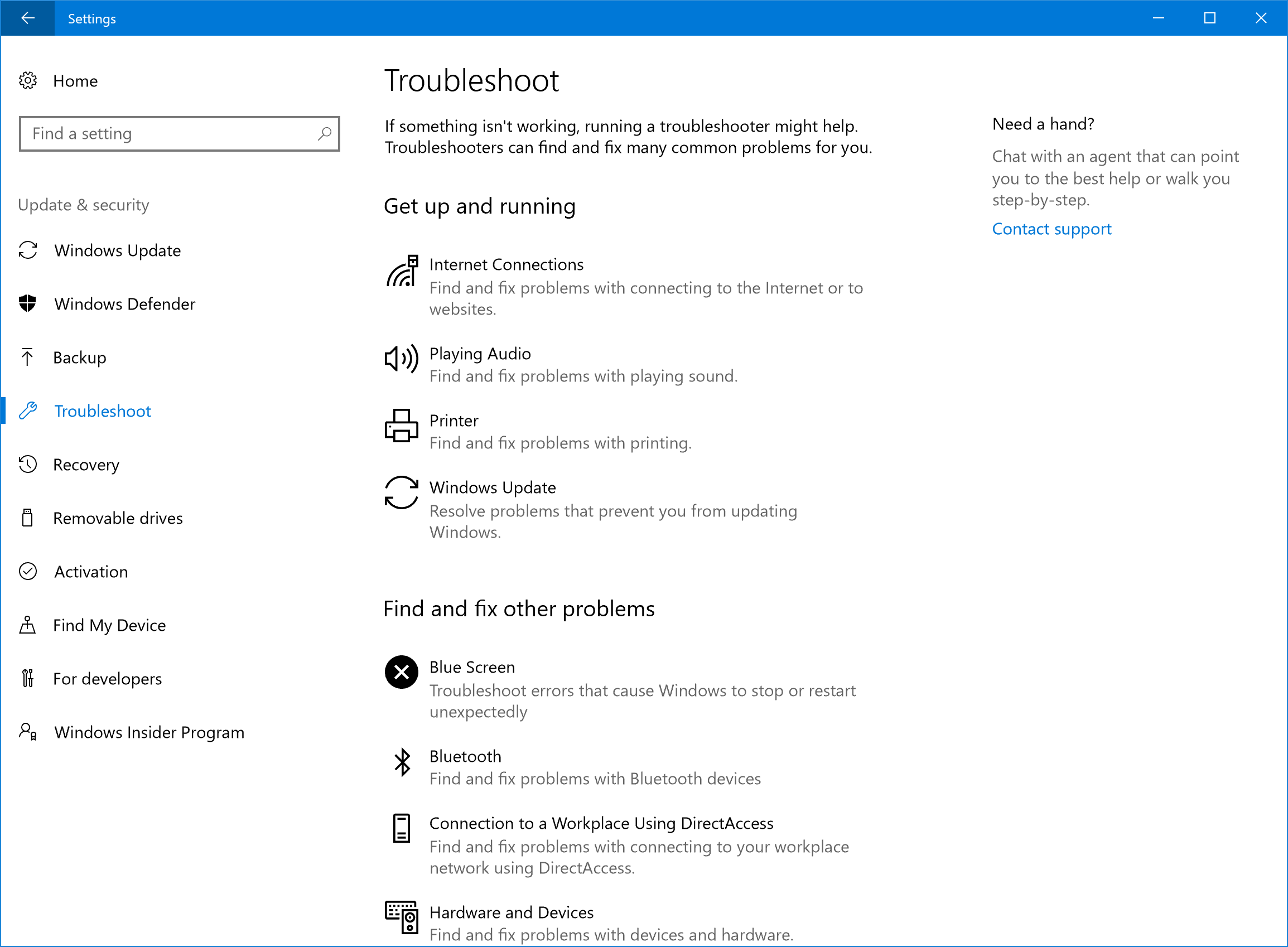