HTC U11 is a new flagship smartphone that doesn't suck 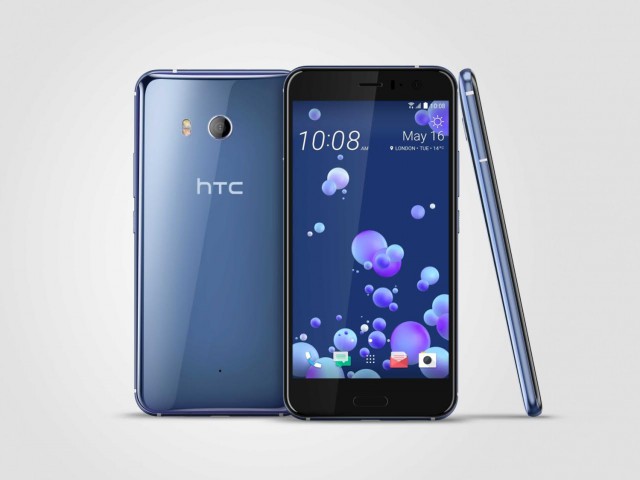 HTC today finally unveils a high-end Android smartphone that you might actually want to buy. It's called the U11 and it comes with pretty much everything you can expect in a flagship in 2017, save for that awkward, tall display that you see on rivals like the LG G6 and Samsung Galaxy S8.

HTC has had quite a few uninspiring devices in recent years, but the U11 represents a departure from that trend. It has the latest and greatest internals, the best camera around, an attractive design, and the latest version of Android. It's like HTC listened to all the complaints and decided to, you know, not screw things up this time around.

Like I said in the beginning, what you don't get is the latest generation of display technology. And that is something that I think consumers will be fine with, at least until next year, because by keeping a standard panel on the U11, HTC has managed to retain the fingerprint sensor on the front. And there are no software keys here either, which means that that 5.5-inch panel can be used in its entirety for things like games and videos.

I mentioned that the camera is the "best" that you can get right now. That's based on DxOMark testing, which puts the U11 above all other flagships with a score of 90. The Google Pixel comes second, with 89 points, followed by HTC 10, Galaxy S8, Galaxy S7 edge and Xperia X Performance, all with 88 points. 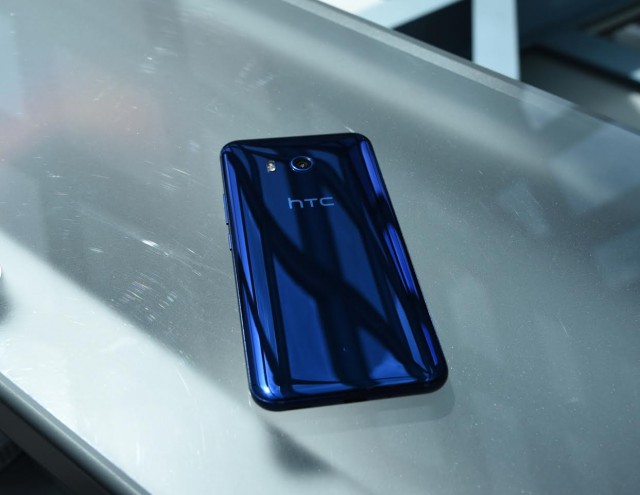 The rear-facing camera is a 12MP UltraPixel 3 unit, with fast autofocus, optical image stabilization, RAW support, optional manual mode, 4K video recording and, what I find particularly useful in low-light shooting, an f/1.7 aperture lens. That last bit is key if you want to take great photos at night, because you really need the right hardware (in this case, a large aperture) to get good results. And it looks like that's working just fine for HTC, based on the DxOMark score.

The front-facing camera isn't bad either, as it has a 16 MP sensor, some selfie modes and 1080p video recording support. HTC says that it's an UltraPixel affair too, which means that it should perform quite well in real-life conditions -- for a front facing camera, that is.

In terms of audio, HTC has equipped the U11 with dual front-facing speakers (BoomSound) and four microphones, but no 3.5mm headphone jack. There are USB Type-C headphones in the box though, and, most importantly, an adaptor so that you can hook up your existing headphones to the U11 -- with a built-in DAC converter. In the box you also get a pair of USonic earbuds.

For storage, HTC gives the U11 a 64GB UFS2.1 chip, which means that performance should be very good when opening apps or copying files around, and a microSD card slot with Flex Storage support. HTC says that you can have up to 2TB of storage on the U11, though that will depend on the availability of large microSD cards, of course.

In terms of software, the U11 comes with Android 7.1 Nougat, which is the latest version available at the time of writing this article, with Sense optimizations on top. There are some cool features thrown in, like Edge Sense, which allows you to do certain things, like open the camera app, by squeezing the edges of the phone, and up to three personal assistants.

That may sound like overkill, and it probably is. You have Google Assistant, which is to be expected on a new Android smartphone, Sense Companion, and Amazon Alexa. This is actually the first smartphone to ship with Alexa, HTC says, though it's only available for customers in the US, UK and Germany. (In China, users get Baidu DuerOS.)

What else should you know? Well, the U11 has a glass back and the whole body is water-resistant. There's support for 4G LTE networks with transfer speeds of up to 1Gbps, Wi-Fi 802.11ac, DisplayPort, Bluetooth 4.2, and NFC.

The U11 will be available worldwide starting in June, in four colors: Amazing Silver, Brilliant Black, Ice White and Sapphire Blue. There'll also be a Solar Red option too, but it will be released at a later date. It costs $649 unlocked, but you can drop that to $600 using the "LOVEU11" promo code.