New builds for the next big feature update of Windows 10 are coming thick and fast. Build 17112 was released last Friday, and today Build 17115 makes its way on to the Fast ring.

Builds rolled out this close to official launch tend to just be about fixing bugs and adding polish, but 17115 actually makes a big change to the privacy screen settings layout.

Microsoft explains that the "new design conveys focused information to help our customers make focused choices about their privacy and offers two new settings for Inking & Typing and Find my device."

However, not everyone who installs the new build will see the same changes. As Marisa Rogers, WDG Privacy Officer, explains:

Not everyone will experience the same setup. For example, some will review their settings through a single screen set up where selections such as ‘Find My Device’ and’ Inking & typing’ are independent selections.

Others will receive seven individual screens, each dedicated to a single privacy setting with the recommended Microsoft selection for the best Windows 10 experience distinguished by a dotted line. They will need to select a choice and then click accept to move to the next screen. 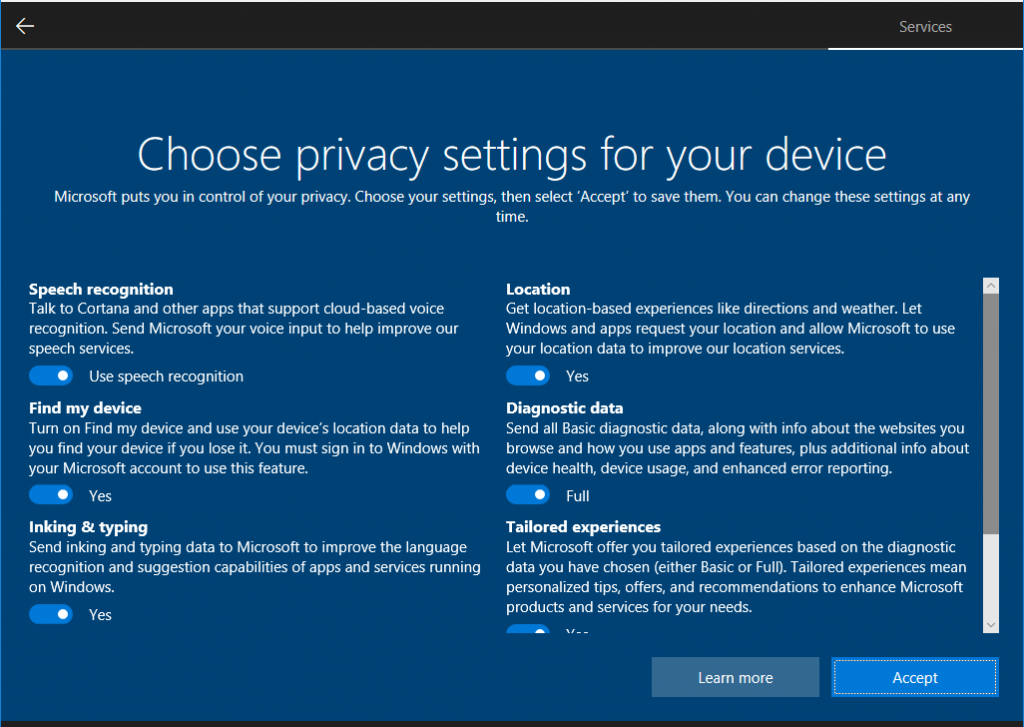 The reason for this approach is simple:

Other changes, improvements, and fixes in this build include

Microsoft says there are currently no known issues with this particular build.

Update: This build is now available on the Slow ring.