Fortnite is coming to Android -- is your phone supported and will the game ever hit Google Play? 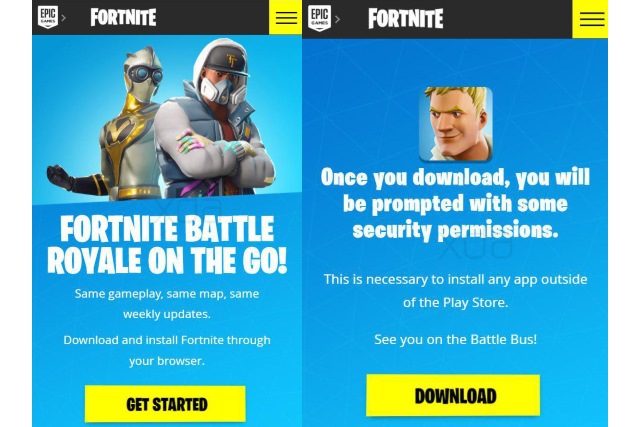 Fortnite quickly became a gaming sensation, and the wait for the battle royale game to come to Android has felt like a long one. While Fortnite for iOS is already a reality, Fortnite for Android remains somewhere on the horizon.

But that's not to say there is no news about the Android version of the game. A list recently came to light that seems to reveal the handsets that will support Fortnite, and there is a persistent rumor that the game will initially launch as an exclusive title for the upcoming Samsung Galaxy Note 9. Now it seems as though Fortnite may never make it to Google Play, with Epic Games seemingly looking to avoid paying Google a share of Fortnite-related income.

We've known for a couple of months that Fortnite is making its way to Android, and in recent days little snippets of information have been slipping out. Information shared by XDA Developers suggests not only that Fortnite will -- temporarily -- be exclusive to the Galaxy Note 9 (which itself hints at a release date), but also that gamers will have to download the game direct from Epic rather than through the Play Store.

Delving into the source code of the Fortnite Mobile page on Epic Games' website is quite a revelation. There are links to images that show how to download the mobile version of Fortnite through a web browser, and references to the security permissions that are "necessary to install any app outside of the Play Store". This strongly suggests that Fortnite will be made available as a direct download from Epic rather than appearing in Google Play -- neatly avoiding the 30 percent cut that would otherwise be payable to Google.

While this is great news for Epic, offering Fortnite as a direct download will have consequences for gamers -- they will have to enable third-party app installations, and this comes with security implications. With the launch of the Samsung Galaxy Note 9 now just days away, we might not have to wait long to see exactly what Epic's approach is. In the meantime, here's a list of handsets that are known to be compatible with the game:

8 Responses to Fortnite is coming to Android -- is your phone supported and will the game ever hit Google Play?