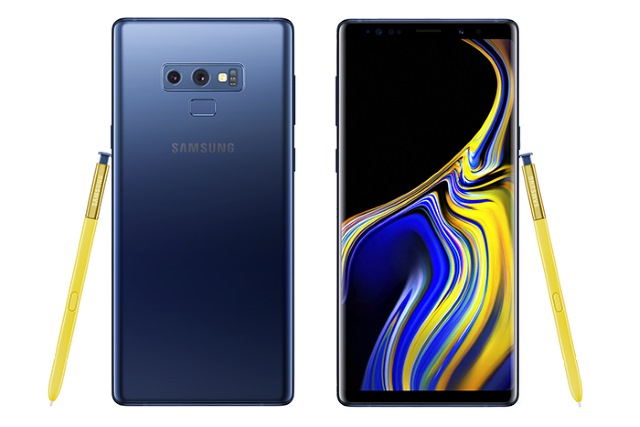 Today -- after weeks of leaks -- Samsung finally revealed the eagerly anticipated Galaxy Note9. While we already knew just about everything about this smartphone, we now know that it has an astonishing price tag (between $1,000 and $1,250) and that it includes exclusive access to the beta version of Fortnite for Android.

At the same event, Samsung also unveiled the Galaxy Watch -- dropping the Gear branding once and for all. Available in 42mm and 46mm models, the watch features LTE connectivity and boasts impressive battery life. But has the launch of the two products lived up to expectations?

With the Note9, Samsung was really preaching to the choir -- echoing iPhone launches. This is not a phone that is likely to sway people away from their brand of choice -- as impressive as the specs are -- thanks largely to the price. The cheapest model (with 6GB RAM and 128GB storage) will set you back $1,000, while the top-of-the range model (with 8GB RAM and 512GB storage) costs an eye-watering $1,250.

So what do you get for your money? This is a 6.4-inch phone with dual 12MP rear cameras and an 8MP front facer. There's a 4,000mAh battery, an octo-core processor and -- disappointingly -- Oreo rather than Pie. There's a fingerprint sensor on the rear, and an all-new S-Pen. Samsung says of it:

The S Pen is the signature feature of the Note series -- it's how users have made their mark, and how Samsung has expanded the notion of what a smartphone can do. What began as a tool for writing and drawing is now putting more power and control in their hands.

Now with Bluetooth Low-Energy (BLE) support, the new S Pen delivers an entirely new way to use the Note. With just a click, it's now possible to take selfies and group pictures, present slides, pause and play video, and more. Developers can even integrate the S Pen’s new, advanced BLE functionalities into their apps later this year.

The Note9 is also one of a handful of Samsung handsets that enjoys exclusive beta access to Fortnite via Samsung's own app store.

Here are the all-important specs for the Note9:

The Samsung Galaxy Note9 is available from August 24; pre-ordering is open now.

The Galaxy Watch offers an impressive battery life of up to 80 hours. There's a 42mm model priced at $329.99, and a 46mm version for $349.99; the smaller model is available in Midnight Black and Rose Gold, while Silver is the only option for the larger one. Both have a selection of straps to choose from, with the 42mm model having the wider range.

Despite the different screen sizes, both versions of the watch have a 360x360 resolution and -- like the Note9 -- are IP68 rated. Running Tizen, the processors of the two models are identical: an Exynos 9110 Dual core 1.15GHz. There are Bluetooth and LTE versions of them available, with the Bluetooth model having 768MB RAM and 4GB of storage, and the LTE increasing this to 1.5GB RAM and 4GB.

The Galaxy Watch specs are as follows:

More information is available from Samsung.