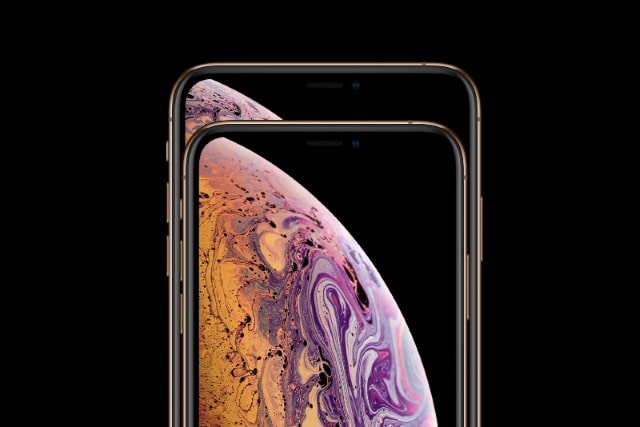 A lawsuit has been filed with the District Court of the Northern District of California accusing Apple of misleading advertising for the iPhone XS.

The lawsuit claims that not only does Apple disguise the fact that the iPhone XS has a notch, but also that the company made false claims about the pixel count of the handset's screen. The class action lawsuit, Sponchiado & Davis vs Apple, runs to some 55 pages and it makes observations that have been made by fans and critics of Apple alike.

The complainants are far from being the only people who noticed that in many images of the iPhone XS (as seen above), Apple has very carefully and craftily chosen a background image that hides the fact that there is a notch. Sponchiado and Davis say that the "Defendant's advertising hides the missing pixels. Defendant advertises the screens of the iPhone XS and iPhone XS Max Products by using a color image of a planet, so that the black space left by missing pixels will blend in with the black background of the image".

The "missing pixels" referred to here are those that are accounted for by the notch at the screen. They are also part of a second issue the complainants have with Apple's marketing of the iPhones XS -- the number of pixels the handset is claimed to have:

The iPhone X Product is advertised as having 2436×1125 pixels, but in fact does not use true pixels with red, green, and blue subpixels in each pixel. Instead, the Product has only false screen pixels, with just two subpixels per false pixel (2436×1125×2 = 5,481,000 subpixels), and it does not actually have any subpixels at all in the notch at the top of the screen or in the display-area corners. In contrast, the iPhone 8 Plus has a higher quality screen than the Product, with more subpixels than the Product (1920×1080 pixels×3 subpixels per pixel = 6,220,800 subpixels). In contrast to the Product, the iPhone 8 Plus does not have a notch at the top of the screen or rounded corners of the display area.

The lawsuit also claims that the screen of the iPhone XS measures 5.6875 inches rather than the 5.8 inches Apple advertises.

You can check out the lawsuit in full over on Scribd.