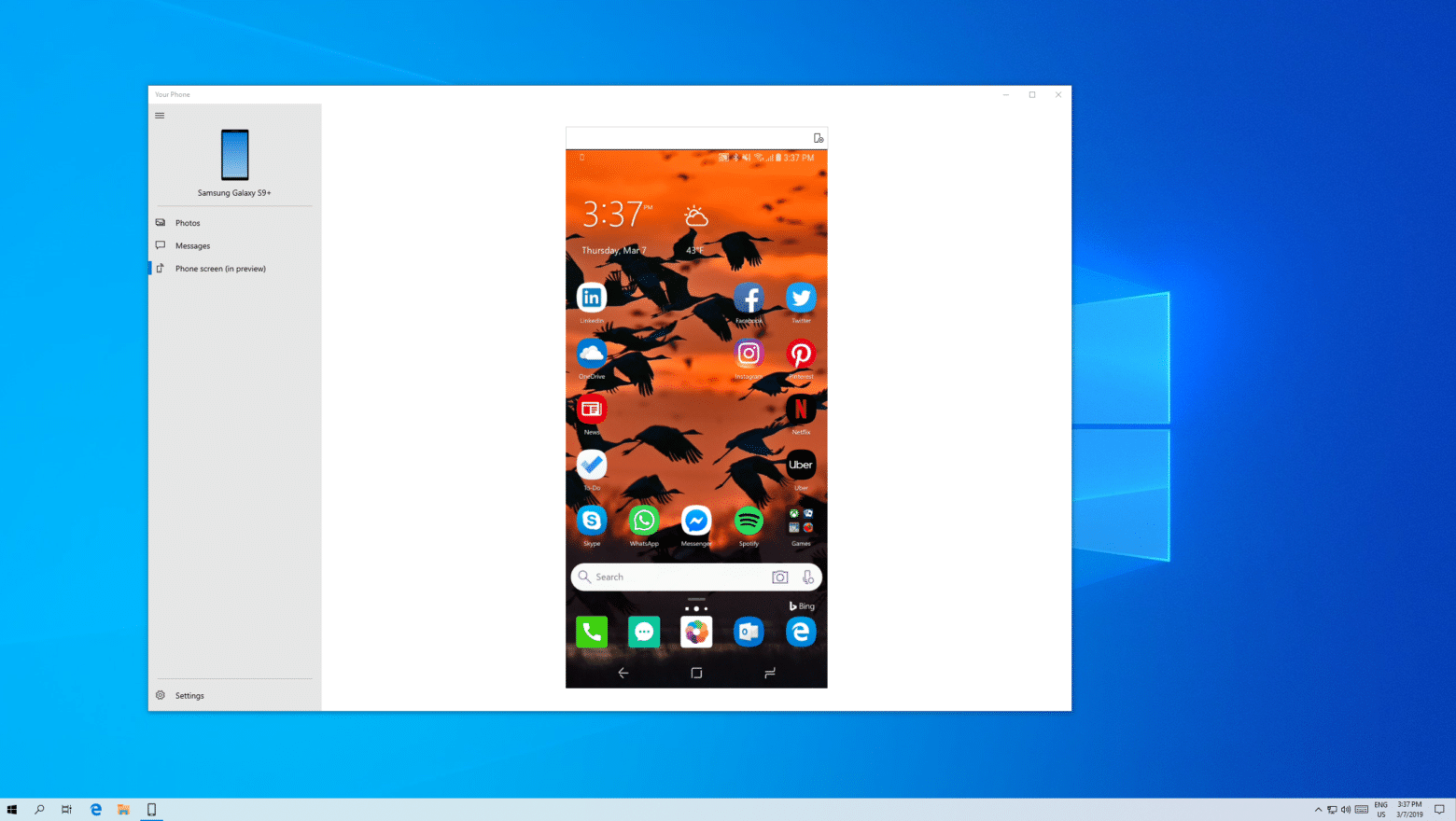 This new addition lets users mirror an Android phone’s screen directly on a Windows 10 PC, but -- as you might expect -- this feature isn’t available to all.

This feature will gradually roll out to Insiders on 19H1 builds. It may take a few days for this feature to show up inside the Your Phone app (version 1.0.20701.0 and above).

You can use the Your Phone app on any Windows 10 PC running Windows builds 1803 (RS4) or newer and any Android phone running Android version 7.0 or newer. But the new phone screen feature is initially only compatible with a limited set of devices. Surface Go will be the first device in the Surface lineup to preview this feature. We will continue to expand the list of devices over time for both the PC and phone.

Known issues with this release include: