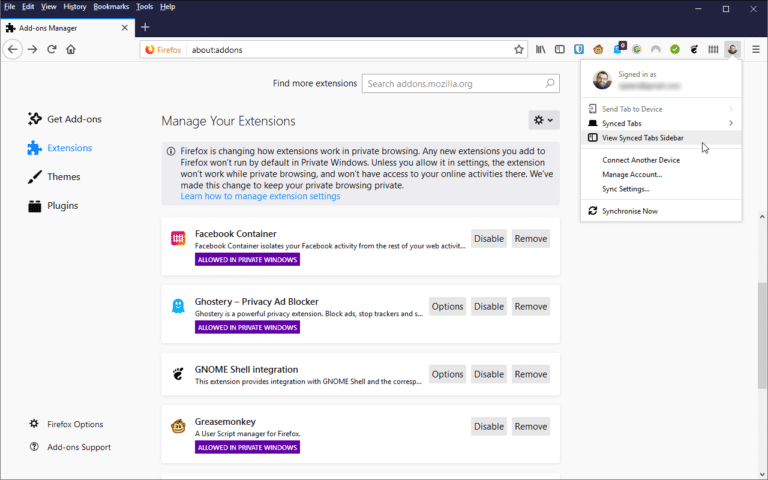 Mozilla has released Firefox Quantum 67.0 for Windows, Mac and Linux, along with Firefox for Android 67.0.

The new release is a major one, boasting several performance improvements, a significant number of new features and tighter security and privacy with the ability to block both cryptominers and fingerprinters

Firefox 67 opens with the promise of better performance, achieved mainly through tweaking existing technologies: unused tabs are now automatically suspended, while the setTimeout priority has been lowered while painting takes place sooner, but occurs less often, during page loading. Finally, component initialization has also been delayed until after startup.

Hidden away is the news that Firefox is starting to roll out WebRender -- a technology promising web apps smooth 60 fps performance -- to selected Windows 10 users running NVIDIA GPUs.

The content blocking tool gains two new additional components -- which need enabling manually -- in the form of protection against known cryptominers and fingerprinters. Private Browsing also adds the ability to save passwords and an option to allow individual extensions to run in private windows.

This coincides with a new security feature whereby any new extensions are blocked from running in private windows by default (all existing addons have been whitelisted). Users must navigate to about:addons, click an extension to view its settings and then toggle the 'Run in Private Windows' setting accordingly.

A new toolbar menu has been added for users to access their Firefox Account and sync settings more easily -- click the user picture to send tabs to mobile devices, view and access synced tabs from other devices, manage account settings and configure sync.

Other tweaks include the addition of the 'Pin Tab' option to the Address Bar’s Page Actions (…) menu. Users saving their passwords in Firefox also gain easier access to them through the program’s main menu, while Firefox will now highlight what it terms "useful features" when it thinks users will most likely want to use them.

Keyboard accessibility has also been improved, with the toolbar and its overflow menu now fully accessible. The keyboard can now be used to access add-ons, downloads, page actions, the main menu and more.

A major update for those wishing to run development (Beta and Nightly) builds alongside a stable installation is the ability to run them all side-by-side -- this basically means each build keeps its own user settings separate from the others. When first run, existing settings are cloned into the new build, at which point they will start to diverge as users customize each version to their own needs.

Mozilla also cryptically states, "Firefox will now protect you against running older versions of the browser which can lead to data corruption and stability issues", which we take to mean you’ll be forced to upgrade to the latest version when attempting to run an older build.

The Android build adds a new Firefox Search widget with voice input, which can be added to the Android home screen. It also removes the Guest Section feature, directing users to Private Browsing or any native guest mode features instead.

The update is rounded off with the usual spate of security fixes and minor tweaks -- such as retiring the ability to upload and share screenshots through the Firefox Screenshots server.

Firefox Quantum 67.0 and Firefox for Android 67.0 are both available now as a free, open-source download for supported versions of Windows, Mac, Linux and Android.

Edge Canary for Mac
In other browser news, Microsoft has unveiled the first public pre-release of its Chromium-based Edge browser for Mac users: Edge Canary for Mac comes with Mac-optimized features such as support for the MacBook Touch Bar, but is still a little short of features compared to the Windows build -- for example, new privacy controls and tools for snipping web text and images.