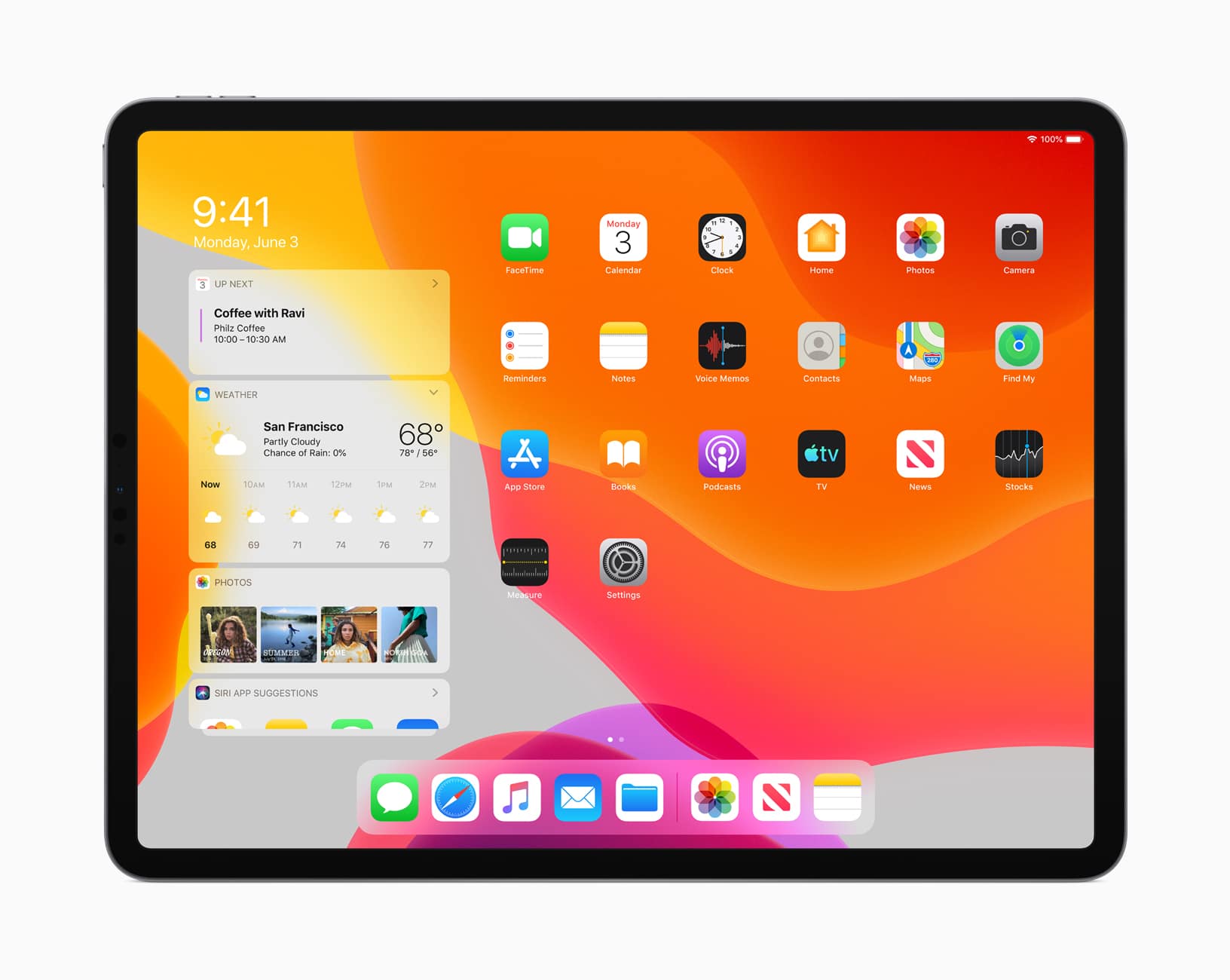 At its WWDC in San Jose, California, Apple today took the wraps off iOS 13, the future iteration of its mobile operating system for iPhone. It also revealed that going forward, the iPad will run a special variation, called iPadOS.

This is much the same as iOS -- it gains all the new features found in iOS 13 -- but in addition it comes with a new Home Screen, better multitasking, and more ways to use Apple Pencil.

The Home screen has been redesigned with a new layout to show more apps on each page, and the Today View can now be added to the Home Screen too, for quick access to widgets.

Users can do more with Split View and Slide Over, and the Files App has been made more powerful with iCloud Drive support for folder sharing.

Safari browsing on iPad gets better and now shows the desktop version of websites rather than the mobile version, but scaled for the iPad’s screen.

Text editing has also been improved on iPad, with new gestures for cutting, copying and pasting text.

The developer preview of iPadOS is available to Apple Developer Program members at developer.apple.com starting today, and a public beta program will be available to iPadOS users later this month at beta.apple.com. iPadOS will be available this fall as a free update for iPad Air 2 and later, all iPad Pro models, iPad 5th generation and later and iPad mini 4 and later.

7 Responses to iPadOS is Apple's new operating system for iPad