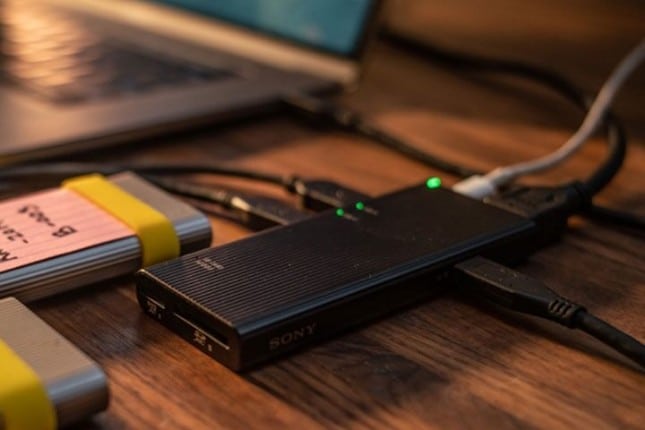 When you think of USB hubs, docks, adapters, and dongles, Sony probably isn't the first company that comes to mind. For instance, the minds of consumers are more likely to conjure images of StarTech.com, Satechi, Plugable, and VisionTek. And yet, Sony has announced new SD card reader and USB hub that it calls the "world's fastest." Whether that claim is true is debatable. One thing is for sure -- it looks quite beautiful.

Called "MRW-S3," it is actually much more than a hub and card reader as Sony humbly calls it. Sure, it has an SD card reader, micro SD card slot, and two USB 3.1 gen 2 ports (1x USB-A and 1x USB-C), but also, it has USB-C power delivery and HDMI video. In other words, MRW-S3 is really a full-fledged USB-C docking station -- for both home and mobile. Weighing just 95 grams, you won't even know it is in your bag.

"The MRW-S3 is a one-stop solution for fast and reliable data transfer in the form of a handy USB Hub. The world’s fastest UHS-II SD and microSD card reader handles everything from high-resolution RAW image files to 4K videos and allows the user to maximize their creativity affording more time to spend on retouching and editing content. The MRW-S3 has a HDMI output with 4K 30fps capabilities, to connect to external monitors without the hassle of carrying extra adaptors or sacrificing limited ports on your PC," says Sony. 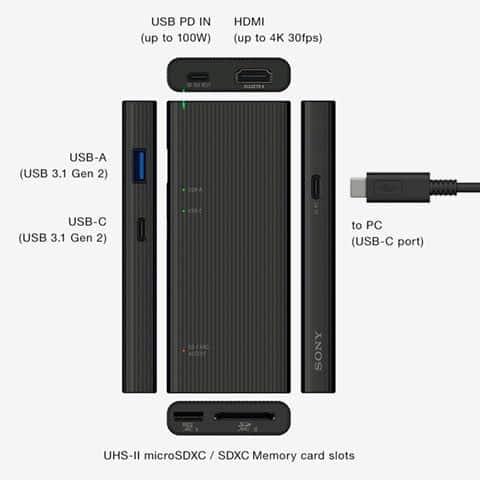 The famed company futher says, "The MRW-S3 is also the fastest USB Hub supporting USB 3.1 Gen 2 which provides ultra-high-speed data transfer of up to 1000MB/s. This brings out the full speed of each USB device so that professionals can make the most of their high-speed External SSDs like Sony’s SL-M and SL-C TOUGH specification series. In addition, the MRW-S3 can receive up to 100W USB Power Delivery (USB PD) to ensure stable and reliable connections with USB devices. Users can be notified by the USB power level indicators if each port is ready to be connected at max power supply levels, eliminating worries of sudden disconnection due to poor power management." 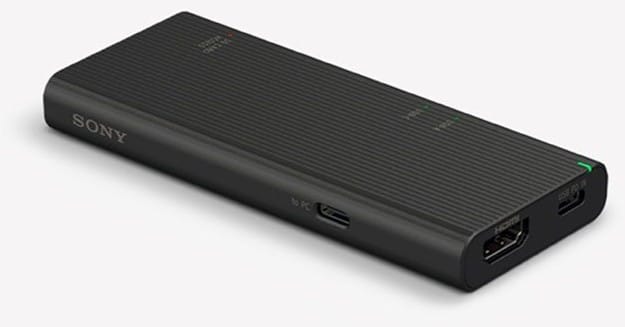 The aluminum-bodied MRW-S3 will be available for purchase in the fall -- a more accurate release date is not yet known. Also a mystery is the price -- that will be revealed later. With that said, much like Apple, Sony products are often priced higher than competitors, so don't expect this durable dongle to be an inexpensive affair.