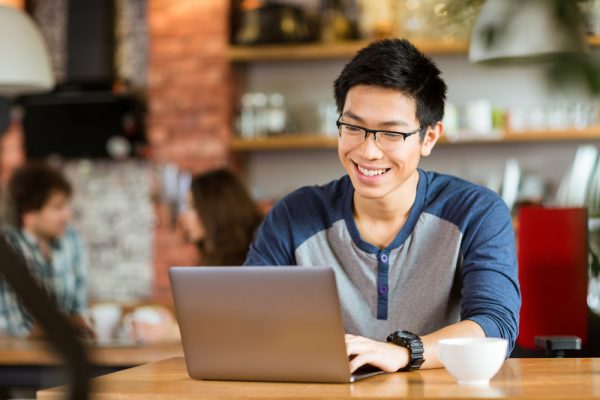 deepin is the most beautiful desktop operating system on the planet, besting both macOS, and Windows. Hell, it is even prettier than all other Linux distributions too. And yes, that matters. While an operating system shouldn't impede productivity or behave obnoxiously, it should inspire the user. deepin does this.

Today, the Debian-based deepin 15.11 becomes available, and it looks like another winner. While not radically different from deepin 15.10, it has enough bug fixes and additions to make it worthwhile. For instance, even though optical discs (CD, DVD, Blu-ray, etc.) are dramatically declining in popularity (near obsolete), the deepin devs have intergrated disc-burning into the distro's file manager. More exciting, however, is cloud sync for Control Center, which will make it easier to restore settings on a fresh installation or when logging into a shared machine.

"After Signing in Deepin ID in Control Center, you can sync system settings to the cloud automatically, including network settings, sound settings, mouse settings, update settings, power settings, corner settings, theme, wallpaper, launcher, and dock. You can choose to turn off the specified options or all of them. With this feature, you can move to and work on another computer seamlessly. Note: This feature is only available for users with Deepin ID location in Mainland China at present. It will be released for users in other regions soon," says The deepin Development Team. 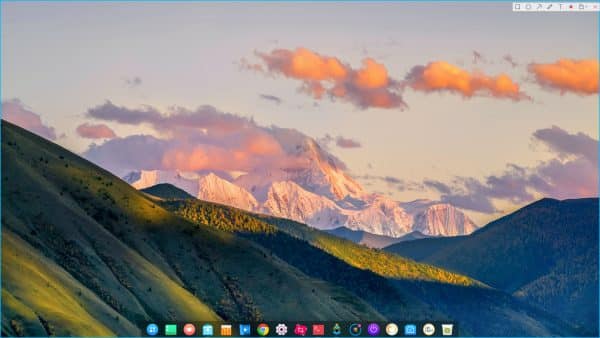 The team further shares, "In Deepin Store 5.3, if sign in, your region will be determined according to your Deepin ID location. Otherwise, it will be determined according to your IP address location. Disc burning function is now available in Deepin File Manager. When there is an optical drive, insert the CD/DVD, and right click the files to start burning right away. Now you can drag and drop the subtitle files to Deepin Movie, and load the subtitles directly. Hovering on the battery icon, you can see the tooltip showing the capacity, the remaining time or the charging time needed." 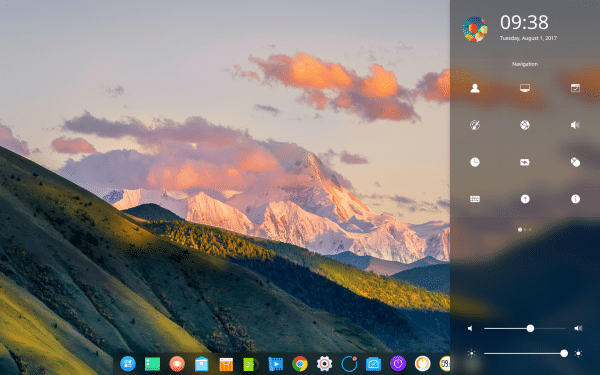 The deepin Development Team shares the following long list of changes and fixes.

Launcher:
* Fixed: the shortcuts cannot be used to start an app when searching in Launcher;
* Fixed the bug that the other icon was selected after pressing ESC when right clicking on an app in launcher;
* Disabled: Deepin Terminal and Multitasking View cannot be uninstalled any longer.

Dock:
* Fixed: it was not recognized on some computer models whether the power adapter was used;
* Fixed: the volume list was hidden when adjusting the volume;
* Fixed: the dock crash when clicking the window preview if window effect was disabled;
* Improved the screen preview;

Control Center:
* Added: the Cloud Sync function;
* Added: support the user without a password;
* Fixed: the overlap display of the shortcuts;
* Fixed: the error box did not disappear when modifying the password;
* Fixed: in custom settings of multi-display environment, the merge mode exited automatically when the screen resolution was changed;
* Fixed the bug that there was still update notification after system update was completed;
* Fixed the bug that the old configuration was deleted if switching from non-custom mode to custom display;
* Note that to set the display scaling for wine applications, users should log in again and set the display scaling to make the changes effective;

dde-session-ui:
* Added: support the user without a password;
* Added: support LDAP user login;
* Fixed: the password field lost focus after suspending;
* Fixed: the stuck on lock screen and login interface after suspending for a long time;
* Fixed the crash of login interface on the initial start;
* Fixed the bug that the password error message popped out when switching users;

deepin-kwin:
* Fixed: the abnormal screen display when opening a window with title bar after enabling and disabling the window effect many times;
* Fixed: the window cannot be minimized, and Deepin Movie cannot play the video after the minimized window was restored;
* Fixed: the window was not shown when clicking the window preview on the dock after the window was minimized;
* Fixed: the +/- button in workspace management interface became smaller after being clicked on HiDPI;
* Fixed: the window of WPS Office was not shown sometimes;
* Limited the number of workspaces to a maximum of four;
* Improved the window dragging experience on a touchscreen, and fixed the "window resize"misoperation when dragging;
* The window menu adopted the menu controls in deepin style;
* Fixed: the abnormal display of window title bar when the display scaling ratio was two;
* Fixed: there was no preview picture on the dock if the window was minimized;
* Fixed: the window cannot get the focus in some cases;
* Fixed: the invalid shortcuts Super + Shift + Numeric Keys. You can use it to move the current window to the specified workspace again.
* Disabled: on the workspace management interface, press Alt, and drag and drop the window to move it to another workspace. You can drag and drop the window directly without pressing Alt;
* The “Close Window” function in corner settings only worked for the maximized window and that can be closed;
* Added: a warning prompt if clicking multitasking view while the window effect was disabled;
* Fixed: in kwin, the screensaver was shown on only one screen when in the multi-display environment;
* Fixed: in kwin, after showing the desktop and the screensaver started, the dock was shown on the screensaver;
* Removed the opacity effect when dragging the window;
* Removed the thumbnails in four corners while showing desktop;
* Fixed the bug that the other hidden windows were also shown if clicking or opening a window after showing desktop;
* Removed the context menu on window title bar;
* Added support for window preview on the dock;
* Fixed the bug that the cursor did not change when dragging or resizing the window in kwin.

Deepin File Manager
* Added disc burning function;
* Added the indicator to show disk free space;
* Fixed the bug that the icon of the mounted external disk was not shown in Computer page;
* Fixed: the disk cannot be recognized as the removable disk correctly when using the new lsblk;
* Fixed: the security issue of the formatting tool;
* Fixed: the crash of context menu in recent file list;
* Fixed: the auto-merge status on desktop cannot be remembered;
* Removed the menu options in the copying dialog and the file selection dialog;
* Delayed the auto index of the disk to prevent the slow system startup;
* Fixed the issue that the dimension of desktop background and that of the screen did not match in some conditions;
* Removed the unnecessary gap between the folders when “Auto merge” was checked;
* The database files created by fast index and file tags in NTFS partition were set to be hidden so that they would not be shown in Windows.

Deepin Store
* Determine the region automatically by Deepin ID location;
* Show the info of developer and packager on app page;
* Show the total donation amount in my donations;
* Optimized the app search function.

Deepin Editor
* Fixed: the crash when saving the file in other desktop environments;
* Fixed: the existing window was not at the top when double clicking another file to open it;
* Changed the default open location to “Documents” folder when selecting a file.

Deepin Graphics Driver Manager
* Fixed the bug that the bumblebee solution did not work;
* Disabled the NV-PRIME solution temporarily.

Deepin Movie
* Fixed: the window stuck when switching in multi-screens.

Deepin Music
* Fixed: the window was not at the top when double clicking a file to open it.

Deepin Screenshot
* Fixed: the window cannot be selected if display scaling was set for the secondary monitor.
* Fixed: the incorrect window capture in the multi-display environment;
* Fixed: the burl tool did not work.

Deepin Terminal
* Added: support disabling beep by configuration;
* Added: drag the right bottom corner to adjust the window size when the window effect was disabled;
* Added: blur the background in kwin;
* Added: right click to open the selected relative path directly;
* Added: move the title bar to the bottom of the window(no UI settings with configuration file only);
* Added: The “Open link” option was added in context menu;
* Fixed: in Quake mode, the terminal cannot get the focus again after losing it if using kwin;
* Fixed: the server cannot be connected successfully if the password contained a special character (such as "{").

Deepin Voice Recorder
* Fixed: the crash when renaming the recording file;
* Fixed the bug that there were two app icons in the sound list on dock tray in some cases. 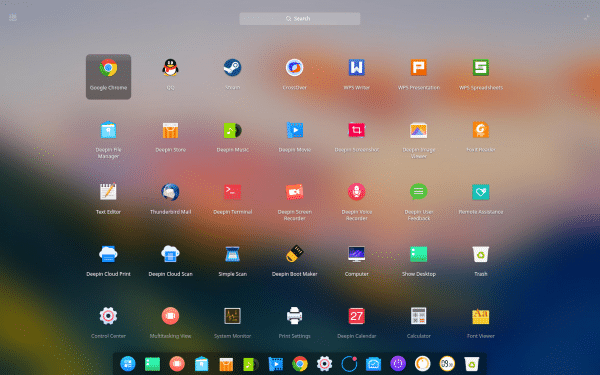 If you want to download deepin 15.11, you can grab an ISO here. If you do try it, please tell me in the comments below if you agree it is the most beautiful operating system. Skeptics will be very surprised.