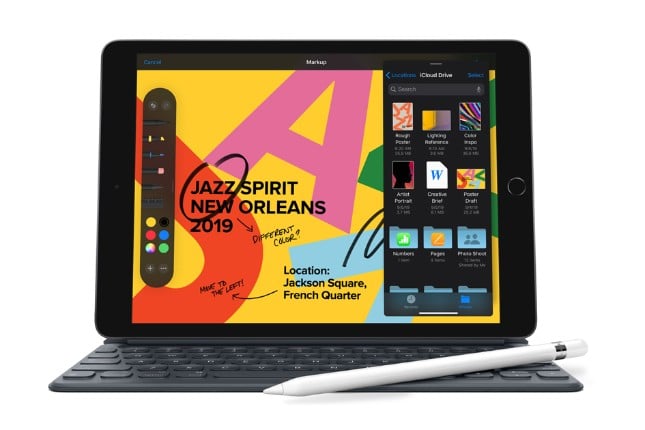 Apple's iPad changed the world in 2010, but since then, tablets have fallen a bit out of favor with consumers. Google abandoned the tablet hardware business entirely, relying on manufacturers such as Samsung and Huawei to make slabs running Android. While iPad remains the best tablet experience, and Apple seems committed to the iPadOS operating system, even that device is not the juggernaut it once was. Many consumers seem totally satisfied using their smartphone.

Still, iPad has plenty of fans, including those that try to use the Pro model as a makeshift laptop with a keyboard attachment. Other people, such as yours truly, only utilize iPad for media consumption. The lower-cost standard 9.7-inch iPad more than meets those media-focused needs. Today, Apple unveils the 7th-generation of the "regular" iPad, and it is better than ever.

The tablet now has a bigger 10.2-inch Retina display and support for the full-sized smart keyboard accessory. Keep in mind, compatibility with the $99 first-gen Apple Pencil was introduced in the previous generation. You'd expect the starting price to go up from last generation, but actually, it is staying the same. Yes, despite improvements, the newest base iPad is still just $329 -- an absolute steal.

Apple brags that the 7th gen iPad is faster than the "top-selling Windows PC laptop in the US for the first half of 2019" without actually disclosing what model that is. Ah, good ol' Apple marketing! While I don't doubt the statement's validity, it seems to be a bit misleading. After all, the best selling Windows laptop could be very low-end. For serious work, a modern Windows 10 PC will best an iPad every time.

"The new 10.2-inch Retina display iPad has nearly 3.5 million pixels and a wide viewing angle making it a vivid canvas for creative expression and perfect for immersive augmented reality (AR) experiences that take advantage of its enhanced cameras and advanced sensors. Featuring the powerful A10 Fusion chip, the new seventh-generation iPad brings up to two times faster performance over the top-selling Windows PC for powerful multitasking and smooth gameplay in Apple Arcade," says Apple.

The company further says, "Designed to be ultra-portable and durable, iPad weighs about one pound and for the first time features an enclosure made from 100 percent recycled aluminum with the same strength, durability and beautiful finish as the aluminum in all Apple products. Staying connected is easy on iPad with ultra-fast wireless performance and support for Gigabit-class LTE connectivity -- delivering three times faster cellular data connections. With Touch ID, unlocking iPad is simple and secure using just a finger, to keep important information safe." 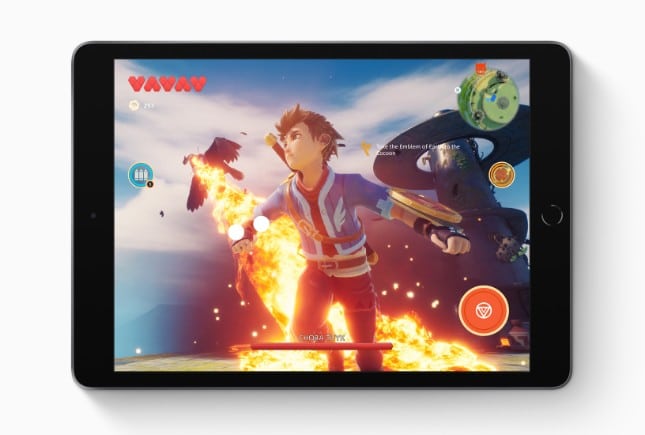 The new iPad packs even more value into our most popular and affordable iPad model featuring a bigger 10.2-inch Retina display, support for Apple Pencil and for the first time, the full-size Smart Keyboard. The new iPad was built to run iPadOS, which introduces powerful new ways to multitask, manage and mark up documents, use Apple Pencil and view more information at a glance on a redesigned Home screen. This new iPad with iPadOS takes everything people love about our most popular iPad and makes it even better for creating, learning, working and playing.

There are three colors from which to choose for the 7th generation Apple iPad -- silver, space gray and gold. The $329 Wi-Fi-only base model still only comes with 32GB of storage, but thanks to streaming media, that will be fine for many. The 32GB LTE variant starts at $459. Regardless of which model you choose, you can opt to bump up the storage to 128GB -- for an additional price, of course. You can pre-order starting today, but it will not ship until September 30.