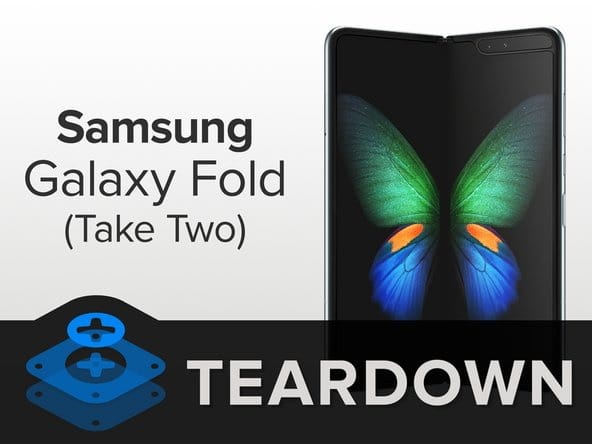 Back in April, teardown site iFixit took an in-depth look at the Samsung Galaxy Fold. Following complaints and intervention from Samsung, however, the teardown was removed from the site.

Now iFixit has taken a look at the redesigned Galaxy Fold and, while it found that things have improved since the first version, there is still cause for concern. As well as pointing out that there are plenty of points of entry for dirt, dust and other debris, iFixit also says: "You wouldn't even have to drop this thing to break it, meaning screen replacements seem inevitable, and that's a scary thought".

The site notes the new warnings and care instructions Samsung has put in the box in a bid to prevent users from destroying their handsets. But this may not be enough to stop the design of the phone from ultimately leading to damage.

While Samsung has added new protective elements to the Fold's hinge, iFixit warns: "When closed, the screen is protected -- but the spine is still flanked by gaps that our opening picks hop right into. These gaps are less likely to cause immediate screen damage, but will definitely attract dirt". The site goes on to say: "This is definitely an improvement over the gaping hole left here in the gen-1 Fold -- but will it really keep all your pocket lint and Cheeto dust from working its way into that display?"

The sheer bulk of the device when folded is noted, but it is the screen that is of particular interest:

The screen is still adhered only along the outer edges -- probably to allow the screen to float as it opens and folds. For once, the relative difficulty of replacing the screen is not even our biggest beef. You wouldn't even have to drop this thing to break it, meaning screen replacements seem inevitable, and that's a scary thought.

Samsung is praised, however, for the improvements made to the screen's protective layer. But whether this is enough to keep the screen in one piece is not clear. iFixit ponders: "As we all know, anything lodged between the fragile display and its hard metal backplate can become a fatal pressure point".

The site found that Samsung seems to have implemented all of the suggestions it made in its original teardown earlier in the year. But the overall conclusion is that the Samsung Galaxy Fold is "alarmingly fragile".