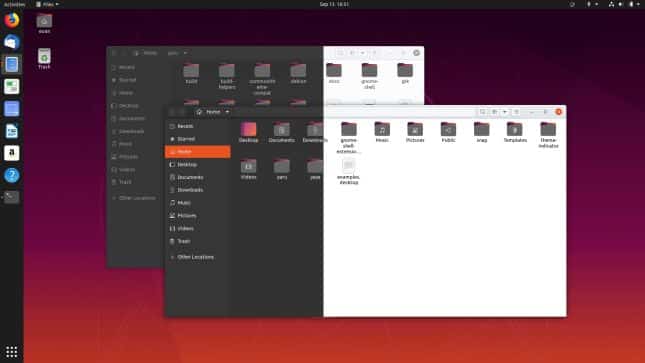 With Windows 7 dead and buried, it is time to begin looking forward. Microsoft would love for computer users to upgrade to Windows 10, and for many people, that is a very good idea. For others, though, a Linux-based operating system makes much more sense. An OS like Linux Mint or Linux Lite are great choices for switchers, as they feature desktop environments that will make the Windows convert feel comfortable.

Not all Windows users are scared of change, however. There is no reason why some of them can't jump into a Linux-based operating system that uses a radically different desktop environment, such as GNOME.

Ubuntu is one such distro using that DE, and the operating system has long been chosen by those switching to Linux for the first time. Users have seemed to adjust to GNOME just fine. While Ubuntu will stick with GNOME for the upcoming 20.04 LTS version, it will see an all-new light theme and many visual refinements that should make it much more attractive to both new users and Ubuntu experts alike. Canonical likely hopes to entice Windows 7 switchers with these changes -- looks do matter, folks!

"One of the most obvious visual changes planned for Ubuntu 20.04 LTS is that check-boxes, radio buttons, and switches will change from green to Ubuntu aubergine. This will reduce the abundance of colors used overall, while still making it unmistakably Ubuntu. The original theme for GNOME 3.0, Adwaita, was designed with the intent that there would be one theme with no variations. Since then, however, macOS and Windows have adopted a similar approach to Ubuntu, with light and dark choices. With Ubuntu 20.04 LTS, we plan to go one step further. As well as the dark variation, and the standard version with light controls and dark headers, we will be introducing a third variation that is light throughout," says Martin Wimpress, Canonical.

Wimpress further says, "We also plan to reintroduce the ability to switch between these variations within 'Settings', for which we have design work in progress. In future, we would also like these settings to switch the theme for shell elements, such as the top bar and notification bubbles. Achieving this without requiring a logout each time will require additional work in GNOME Shell -- something we are investigating. We are experimenting with some alternative folder icons that aim to preserve the Ubuntu identity, while maintaining good contrast in both the light and dark variants of Yaru."

As someone that doesn't like dark themes, this upcoming system-wide light theme will be a godsend. And no, my dislike of dark colors are not just a preference --  they make me feel gloomy, and white text can hurt my eyes. When I am using a computer, brighter colors and light grays tend to inspire me and lift my mood. While not everyone shares my love of light themes, I am sure enough people do that this will truly make a big difference. Thankfully, Canonical is not forcing anything on its users -- it is simply providing more choice.

All of these visual improvements should make the upcoming Ubuntu 20.04 the best version of the operating system yet. This is especially true when you consider it is a Long Term Support version with 5 years of free support -- not a mere 9 months like some others. April (when Ubuntu 20.04 will be released) cannot come soon enough.