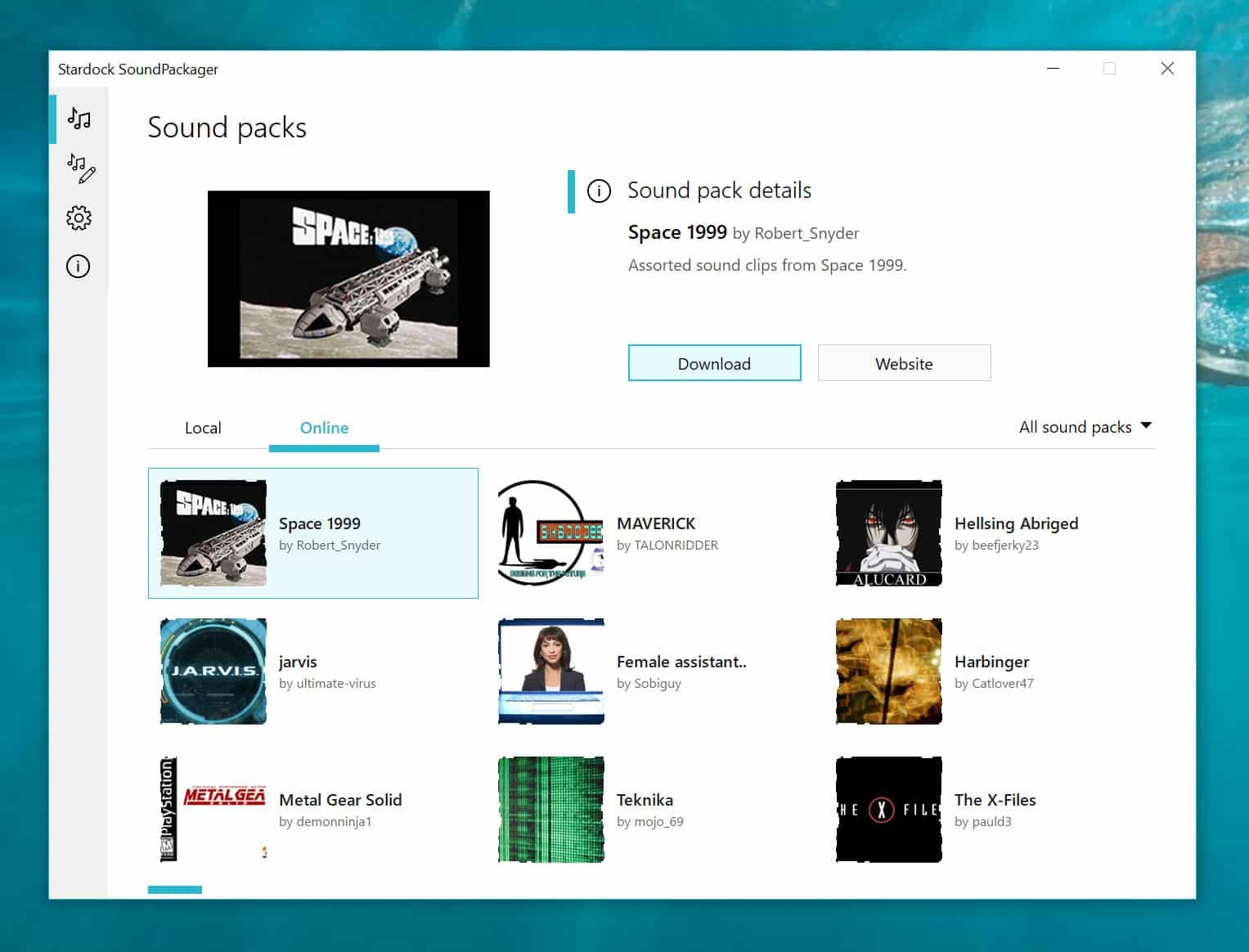 There are lots of tools available that let you customize Windows in a number of ways. See this Windows 98 themed version of Windows 10 for just one example of what’s possible.

The new application offers cloud access to thousands of different sounds as well as a number of new sound packages. You can also create your own packages via the in-app editor.

"At this point we think a lot of Windows 10 users are ready for some variance in their PC sounds," says Brad Wardell, CEO of Stardock. "SoundPackager 10 not only includes several professionally produced alternative sound schemes for Windows, but also direct access to literally thousands of sounds created by users across the world."

SoundPackager is set to be released next month priced at $4.99.  The beta version is already available to subscribers of Stardock's Windows enhancement suite, Object Desktop. Visit www.soundpackager.com to learn more.