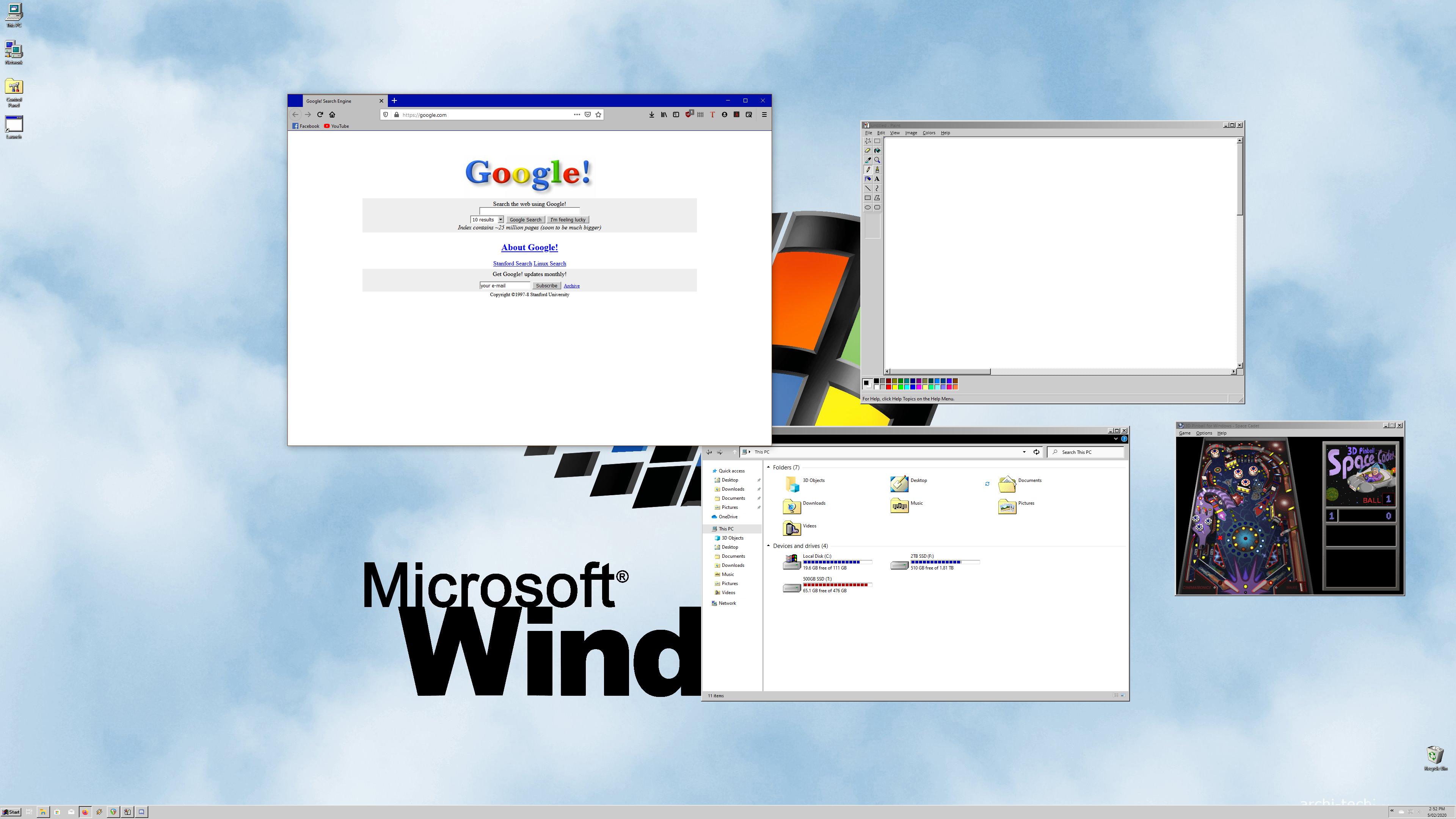 Microsoft Windows has evolved a lot over the years, and while there are still plenty of people who prefer Windows 7 over Windows 10, I can’t imagine there’s many users out there who truly hanker for the days of Windows 95 or 98.

But there are people who enjoy customizing Microsoft’s operating system, and a Redditor by the name of WunJZ has given his copy of Windows 10 an impressive Windows 98 makeover.

The themed OS has the classic Windows 98 look, with a grey taskbar and the original icons. It also has an old-look File Manager, Paint, and Space Cadet 3D Pinball.

The screenshot above even has the original Google home page in the browser for an additional touch of nostalgia.

Explaining how the theme was created, WunJZ says:

I know this wasn't perfect and there still things I can tweak but I still like it, the theme was done using Windowsblinds and the SkinStudio, the sounds and most of the icons were pulled off old windows disks I still have. I've done the same thing with XP but to a more in-depth way so I will probably continue to tweak this.