Windows 10 users have had a tough time of it lately, with updates causing all manner of problems, as well as the search function stopping working for many people.

If you’re thinking now might be the time to look into an alternative operating system -- perhaps one based on Linux -- but you’re not quite ready to jump ship from Windows, then Windows 12 Lite, discovered by a redditor at their local computer fair, could be the OS you’re looking for.

SEE ALSO: Windows 11 is the Microsoft operating system we need!

According to the accompanying information, this operating system promises seamless upgrades that won’t happen when you’re trying to work, it’s immune from viruses and ransomware, and you can run it alongside Windows 7 or 10.

It’s more than 3x faster than Windows 10, comes with a suite of programs and you can add more than 80,000 titles via the software manager. It’s ideal for gamers too.

There’s no license or activation key needed -- you own the software -- and Microsoft doesn’t snoop on you either!

Sounds too good to be true? Well it might not surprise you to hear that this isn’t an official Microsoft product, rather it’s a version of Linux Lite 4.8 LTS with Windows 10 wallpaper and flat icons, and all the above claims are ridiculous nonsense.

The official website looks like something out of the nineties, which makes the line that says "You have all the tools now for designing really good websites" even more entertaining.

Windows 12 Lite isn’t available to download from the website, but you can buy it for £15 on DVD. You really shouldn’t though. 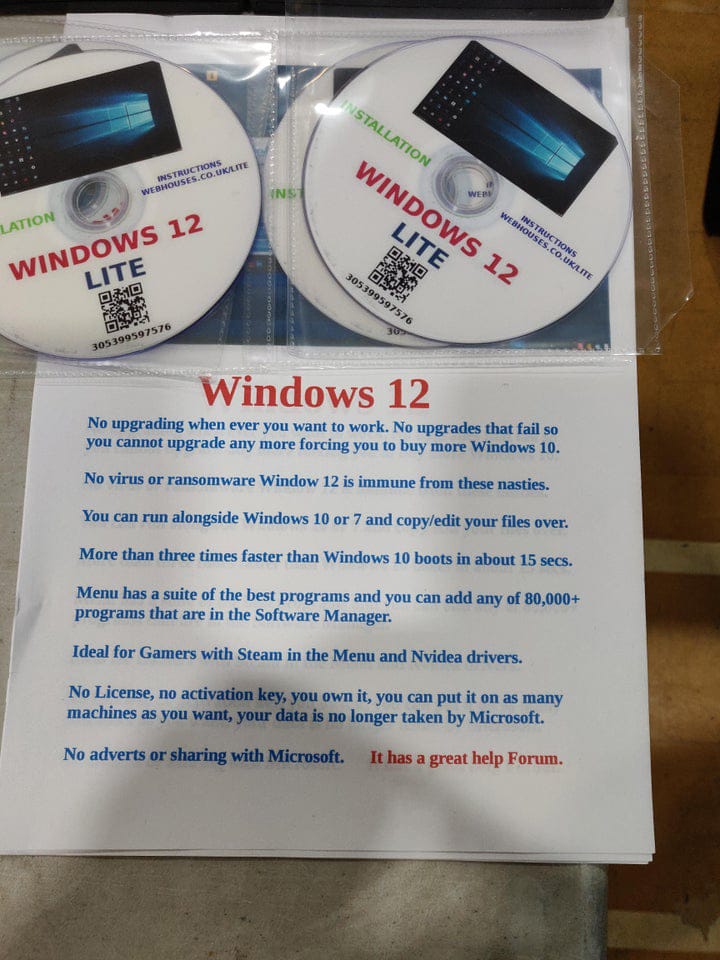