Today, Microsoft rolls out the latest Windows 10 Preview build to Insiders on the Fast ring.

Build 19564 includes some graphics settings improvements and updates the Windows Calendar app. In addition, when you install Build 19564.1000, you’ll be offered Build 19564.1005 (KB4541095) as a Cumulative Update via Windows Update. This is designed to help Microsoft test its servicing pipeline.

Microsoft has updated the Graphics settings page (Settings > System > Display > Graphics settings), to make it easier to control which GPU your apps run on. There’s also now a search box and a filter for the apps list.

The software giant as been working on a new version of its Calendar app and this is now available to all Windows Insiders. 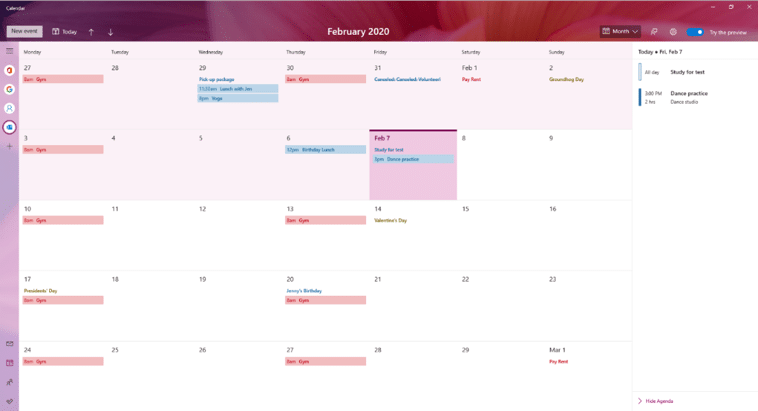 You can try the preview by going to the Calendar app and using the toggle to select the new experience.

Windows 11 has a handy God Mode for power users