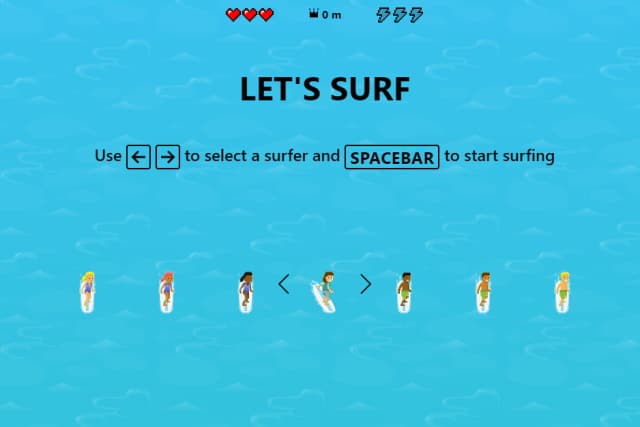 Everyone loves a good Easter Egg, and Microsoft Edge has an absolute belter -- a hidden surfing game that you can even play using your Xbox controller.

The game was originally used by Microsoft when it was revealing the new logo for Edge, and it is designed -- much like Chrome's dino game -- to give you something to do when you're offline.  The surfing game itself is a great bit of fun; here's how to access it, and how to unlock the secret NinjaCat character.

At the moment, the edge://surf game is only available in the Canary and Developer builds of Microsoft Edge. Unlike many Easter Eggs, there are no complicated hoops to jump through to access it -- just point your browser at edge://surf and surf's up! You're ready to play.

The game should make its way to the main release of Edge in April, but for now it is just those on the Dev and Canary channels that have access to it.

The edge://surf game from November's #FindWhatsNext campaign is now available for everyone to play just by going to edge://surf!  In addition to being available from the error page that appears when you're offline, the game now has new modes including time trial, support for other input methods like touch and gamepads, accessibility improvements, high scores, and remastered visuals.  Many of these changes are based on your feedback, so check out edge://surf to see what else we included!  Please note that this is being rolled out via our experimentation platform, so it may take a little bit to reach everybody.

Pleasingly, there is also a secret within a secret. Using the famous Konami code, you can gain access to a new character to play with: NinjaCat! At the player selection screen, enter the code: