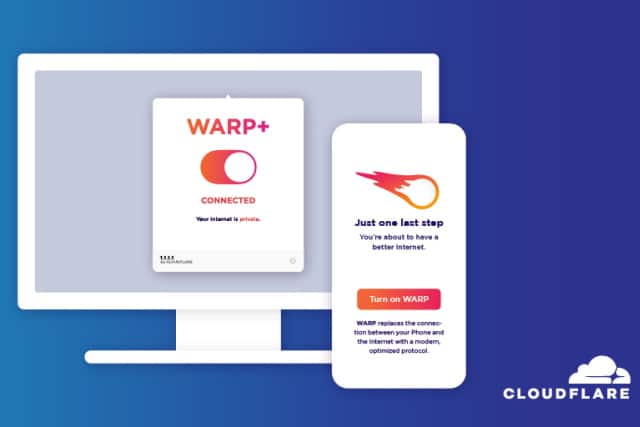 If you're in the market for a free VPN for your desktop PC or laptop, Cloudflare will soon have a new offering.

Following on from the success of its free VPN for mobile devices, the company that's also behind the 1.1.1.1 DNS resolver is now bringing WARP to Windows and macOS -- and there is a Linux version in the works. Cloudflare's WARP is currently available in beta, but not everyone will be able to get access to it straight away.

Although there will be a free tier of WARP available, it is those who have paid for a WARP+ subscription -- which gives access to Cloudflare's Argo network for improved internet performance -- who will be able to use the VPN on the Windows or macOS machines first. Everyone else can sign up to join a waiting list here.

We always wanted to build a WARP client for macOS and Windows. We started with mobile because it was the hardest challenge. And it turned out to be a lot harder than we anticipated. While we announced the beta of 1.1.1.1 with WARP on April 1, 2019 it took us until late September before we were able to open it up to general availability. We don't expect the wait for macOS and Windows WARP to be nearly as long.

The WARP client for macOS and Windows relies on the same fast, efficient Wireguard protocol to secure Internet connections and keep them safe from being spied on by your ISP. Also, just like WARP on the 1.1.1.1 mobile app, the basic service will be free on macOS and Windows.

Once the macOS and Windows betas are off the ground, Cloudflare says it will turn its attention to a Linux version of the WARP client, although it's not clear quite how far off this could be.

2 Responses to Cloudflare announces free VPN tool WARP for Windows and macOS, with Linux to follow