Three-hundred-and-eighty-seven in a series. Welcome to this week's overview of the best apps, games and extensions released for Windows 10 on the Microsoft Store in the past seven days.

Microsoft published a number of new tools this week. The company unveiled Windows Package Manager, an open source application to manage applications (first and third party) on Windows devices, and updated several other tools including PowerToys and Windows Terminal. 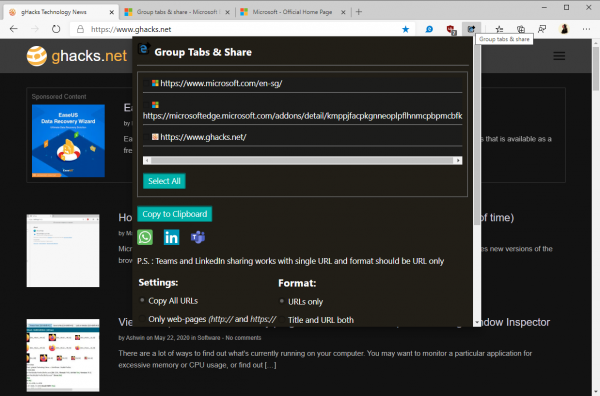 Group tabs & share is a new browser extension for the Chromium-based Microsoft Edge web browser by Microsoft. It is a simple extension to copy or export the URLs of open sites in Microsoft Edge.

Users may copy the data to the clipboard or use various sharing options integrated in the extension. 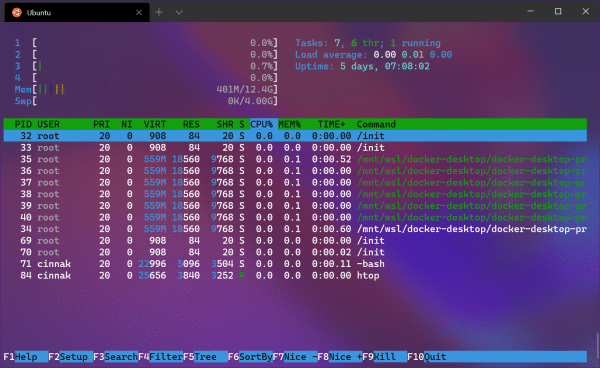 The first stable version of the terminal application Windows Terminal has been released by Microsoft.

Windows Terminal 1.0 requires a system with Windows 10 version 1903 or higher. The program supports launching different command line applications in tabs and as panes in a single tab.

You may use it to launch Windows PowerShell, the classic Command Prompt, as well as Linux terminals (from WSL installations), and use these side-by-side or in tabs in a single program window.

Whales and Dolphins PREMIUM, 14 4k images of whales and dolphins.

Microsoft Edge 83 (Chromium-based) is out with built-in extension synchronization functionality and other improvements.

Microsoft Lists is a new Microsoft 365 application to track information and organize your work.

NewsGuard for Microsoft Edge is available free of charge until July 1, 2020. The extension rates news sources.