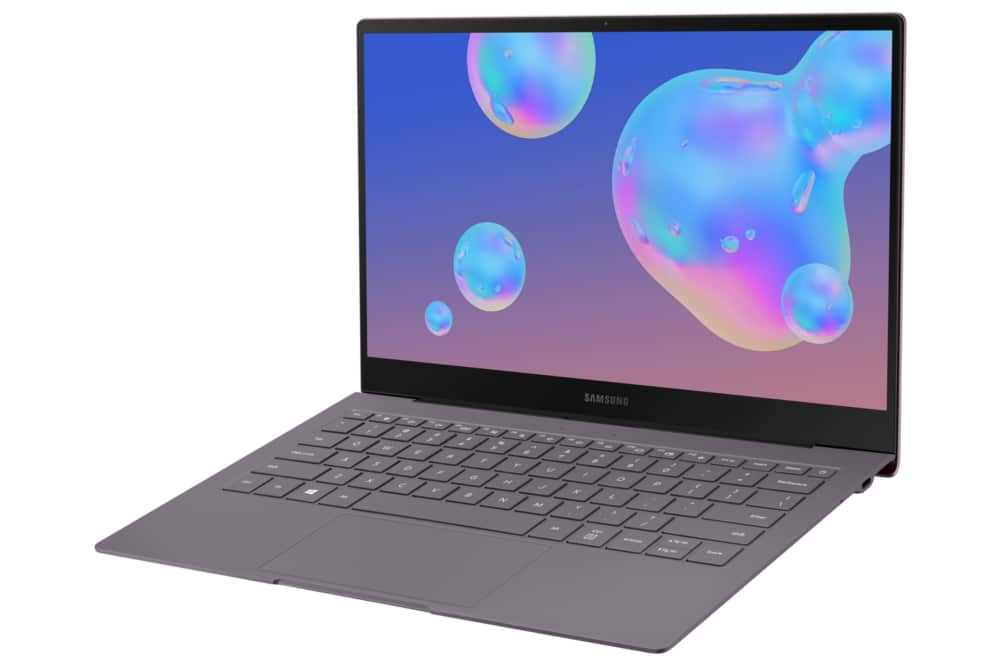 Now is a wonderful time to be in the market for a laptop. There are many great models powered by the latest Intel and AMD processors. Companies like HP and Dell, for instance, have some very compelling computers out right now, while Microsoft recently released some new Surface devices. If you live on the web, a Chromebook may meet your needs. Heck, even Apple notebooks should be considered, as its entire MacBook line finally has "good" keyboards again. Whether your budget is a few hundred bucks -- or a few thousand -- there is a quality laptop out there for you.

The problem with having such a crowded laptop market, is manufacturers can have a hard time standing out among the competition. Well, Samsung has managed to do exactly that. You see, today, the company announces that its existing 13.3-inch Galaxy Book S is the first-ever computer to get Intel's revolutionary Lakefield CPU as an option. This fanless (woo-hoo!) Intel Core processor with Intel Hybrid Technology (Core i5-L16G7) enables very long standby battery life, making it an intriguing machine for road-warriors. The Galaxy Book S can be an "always-connected" computer thanks to its Wi-Fi 6 and LTE radios. You also get 8GB of LPDDR4x RAM and up to 512GB of SSD storage. Best of all, unlike the neutered ARM model of the Galaxy Book S, this Intel variant can run all Windows programs -- including 64-bit software!

"To improve performance and efficiency, Galaxy Book S features an impressively designed internal component setup powered by the new Intel Core processor with Intel Hybrid Technology. Galaxy Book S is the first ever device to offer this unique processor with Intel’s Foveros 3D stacking technology and a hybrid CPU architecture. With this processor, Galaxy Book S efficiently provides an exceptional laptop performance. The processor delivers full Windows 10 application compatibility and intelligently balances multiple high-performing processes during use while conserving battery when not in use," says Samsung.

The Galaxy-maker further says, "Lightweight at just 950g and only 11.8mm at its thickest point, the ultra-slim profile means you can slip the Galaxy Book S into a small bag, portfolio or just carry under your arm with ease. A fan-less design allows the Galaxy Book S to be slimmer than traditional laptops and helps it to run noiselessly, even during sustained and intense periods of work. Galaxy Book S features a light clamshell design built with a durable metal body, so you can have the stability you need on a desk or on your lap. If you’re looking to get some fresh air while scrolling, Outdoor Mode on Galaxy Book S will instantly boost brightness to 600 nits using a two-key shortcut. With a bright screen that also supports touch interactions, you will feel more connected to your device than ever and free take advantage of seamless and productive working style."

ALSO READ: Samsung Galaxy Chromebook is the elegant and powerful Chrome OS laptop the world has been waiting for

This variant of the Samsung Galaxy Book S (powered by Intel's Lakefield hybrid CPU) can be had in your choice of two colors -- Earth Gold and Mercury Gray. Besides color, there are only two other configuration differences -- storage (256GB or 512GB SSD) and Windows (Home or Professional).