Yesterday, Microsoft rolled out a new Windows 10 Build to the Beta Channel (what used to be the Slow ring) and today the software giant follows that up with a new flight on the Dev Channel (previously the Fast ring).

Build 20170 introduces a couple of new features, but won’t be offered to Insiders running PCs with AMD processors due to a bug affecting overall usability.

New to this build is a tweak to the Sound Settings. Settings > System > Sound > Manage sound devices will now let you know which device is the default, and let you change it. The volume mixer has also been updated to include a link to the per app audio settings.

Search from the taskbar has been improved in this build as well. Obviously the best way to improve search would be to switch Bing for Google, but Microsoft isn’t doing that. Instead it’s introducing an updated design for Search Home with a new two-column layout. 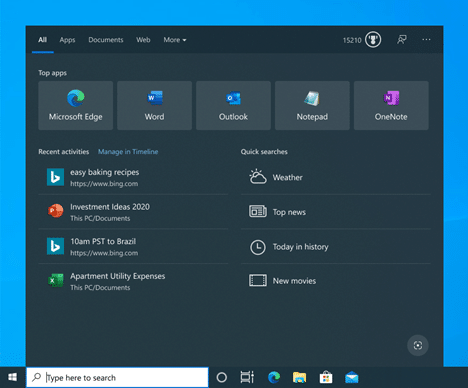 Other changes and improvements include:

Fixes in this build are: