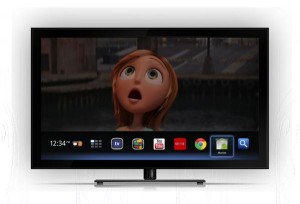 The major software update to Google TV, which has been expected for several months, has finally been deemed ready for user consumption, and will be rolling out to Sony's Google TV devices next week, and Logitech's Google TV-powered Revue set top box "soon thereafter." The update brings Android apps to Google TV, fixes the YouTube interface, overhauls the general flow of the user interface.

This update corrects some of the aspects of Google TV that made it feel like a false start. The core idea behind Google TV was both tempting and impressive; The power of unified Google search for live TV content and streaming, web-based content remains an impressive feature. However, the execution of this idea didn't make consumers stand up and applaud.

Quite the opposite, actually. Sales of Logitech's Revue, the first commercially available Google TV device, were actually in the negative, which means more units were purchased and returned than purchased and kept.