Ring in the holidays with "A Charlie Brown Christmas" for tablets 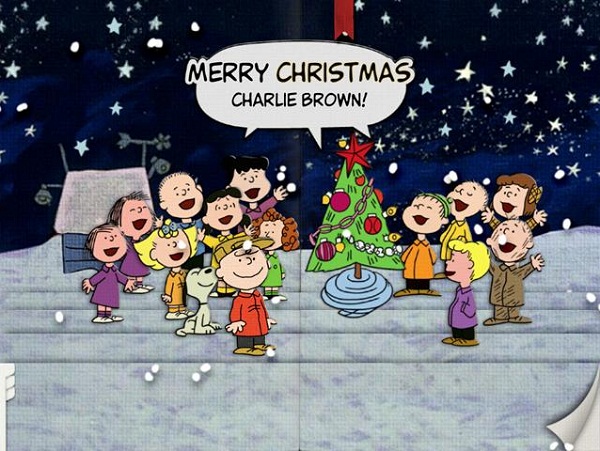 Yesterday I coughed up $6.99 for Loud Crow Interactive's digital pop-up remake of the Charles Schultz holiday classic. "A Charlie Brown Christmas" is available for Android and iOS from the Amazon, Apple and Google mobile apps stores -- for smartphones and tablets. The digital book delights, is more than worth 7 bucks and demonstrates how tablet apps/books should utilize the touchscreen. "A Charlie Brown Christmas" is the must-have addition to any tablet you gift. Tablets top this year's holiday wish lists.

But "A Charlie Brown Christmas" also reveals a problematic similarity to the early PC era: Application incompatibilities across operating systems. Schultz's remade classic is available from the three aforementioned stores, and buyers will have to cough up for at least two platforms, if, say, Junior has Android phone and Janie iPad and both want the same digital app/book. They can purchase from Android Market but will have to again at Apple's App Store. Buyers pay twice if they want what functionally is the same content for two different platforms. This isn't a new problem, but visible example because of price (compared to, say, a 99-cent game). Loud Crow's "The Tale of Peter Rabbit" is available from the same three stores and Nook, too. The situation presents hardships for some developers and consumers.

From a couple different perspectives, nothing is radically new here. Microsoft sells separate Mac and Windows versions of Office. Buyers pay twice for separate platforms, even if the software for one provides licenses for multiple computers. That said, some other products are cross-platform and usable on Windows or the Mac, such as Adobe Photoshop Lightroom (although, under ToS aggreement, not at the same time when singly licensed). Until Steve Jobs' disdain for Adobe Flash in early 2009, the technology stood at the forefront enabling developers to provide compelling digital content and games across platforms. HTML5 promises to revive some of this capability, but that doesn't help you if looking to buy Shazam Encore for Android smartphone and iOS tablet and pay just once.

There's another way to look at this, and it's also a defense -- that the situation is status quo: Consumers have always paid for multiple platforms. So dad when younger bought The Beatles White album in vinyl, 8-track and cassette formats. Later, daughter separately paid for the CD and digital remastered downloads from Apple. Same applies to movies, going from VHS tape to DVD to Blu-ray and digital download. Consumers long have paid for the same content multiple times. In each of those examples, however, the technology changed. Vinyl records and CDs are different formats, use different hardware and arguably improves from one to the other.

With "A Charlie Brown Christmas", buyers get essentially the same product, regardless of platform. They pay up -- a platform tax, so to speak -- for having Android phone and iOS on tablet, or, on Android, Samsung Galaxy S II and Kindle Fire or Nook. Purchasing from one Android store doesn't ensure compatibility across them -- and that's ignoring the fragmentation issue. Vinyl, CD or cassette is one format that works across multiple devices from many manufacturers.

It's a New Classic

I raise these concerns here and now because "A Charlie Brown Christmas" is classic remake of a classic story that hundreds of millions of people watched on television for more than 50 years. The digital book/app is interactive, like a pop-up paper title, but adapted to touchscreens. It's sure to delight adults and kids, and if other Baby Boomers and Gen-Xers are like me they'll awash with memories.

My sisters and I gathered before the television every December to watch the "A Charlie Brown Christmas" special. Dolly Madison sponsored the airing, which frustrated me. The pastry company advertised Zingers -- coconut and strawberry sauce covered Twinkie-like cakes -- with character Snoppy on the packaging. But, argh, no stores sold Zingers in Northern Maine. This and other memories rose as I immersed in Loud Crow's delightful digital book. 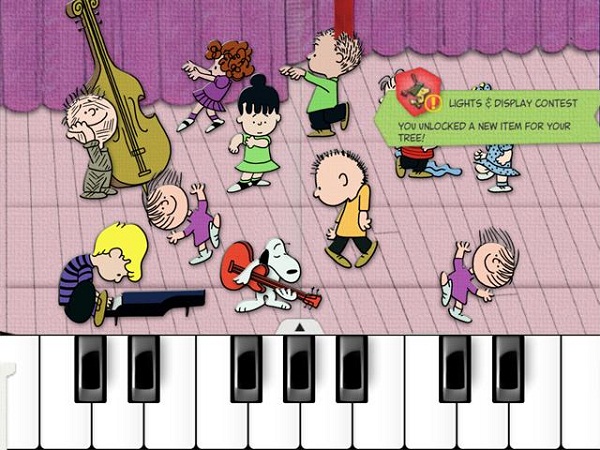 In June 2010, nearly six months after asserting no one needs a tablet, I admitted to being wrong about iPad. I didn't backtrack because of sales figures, reviews or predictions about success. I changed direction after buying iPad and seeing from a content consumption perspective its immersive qualities. I wrote then: "Apple's tablet is a sit down and focus device, as much because of size and shape as screen and user interface. The totality -- physical design and software benefits -- is immersion".

"A Charlie Brown Christmas" is wonderfully immersive and demonstrates the potency of touch. As I've long repeated: The most natural user interface is you. Human beings are tool users. We're tactile. We manipulate the world using fingers and hands. Go into a store this Black Friday and observe shoppers. They look and then they touch.

I purchased the interactive digital book from Android Market and consumed it on Motorola XOOM. iPad isn't the only immersive tablet out there. I really like XOOM more than iPad or Samsung Galaxy Tab 10.1 for reasons I can't identify. XOOM is a brick compared to the other two tablets. But there's something that, for me, is better using XOOM.

Last night, I shopped the local Fry's Electronics looking for a case to protect the XOOM and got a big surprise. Besides iPad, I saw more than a dozen tablets on display. But when looking for a case, I found just a few for any other tablet but iPad. And there were iPad cases everywhere -- down and around several isles. I'd be stunned if any less than 95 percent of the 40 or so different cases I counted was for iPad. Now what does that tell you? :)

Editor's note: "A Charlie Brown Christmas" is wonderful consumed on smartphones, too. Before any commenters complain, I put tablets only in headline for simplicity and shortness.