The AT&T T-Mobile merger is dead 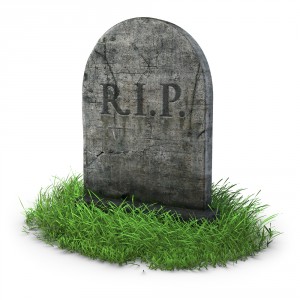 AT&T ended its nine month bid to acquire T-Mobile on Monday, but not before taking parting shots at both the Federal Communications Commission and Department of Justice in a tersely worded statement. Those agencies' actions "do not change the realities of the US wireless industry", the company says, and do not address the biggest issue facing all carriers -- spectrum -- a problem that must be addressed "immediately".

The deal hit its first major roadblock in August, when the Justice Department said it was suing to block the merger. The FCC added fuel to the fire in November with chairman Julius Genachowski proposing hearings on the deal, and an unnamed official leaking a comment to the media saying a combined entity "would result in a massive loss of US jobs and investment".

Facing the realities of a deal gone awry, AT&T took a $4 billion charge in the current quarter to cover breakup fees due to T-Mobile late last month. It then took the unexpected step of joining with the Justice Department last week to ask for a postponement of the planned trial, a sure sign that the company was giving up.

On the subject of spectrum, AT&T chairman and CEO Randall Stephenson does not mince words. "First, in the near term, they should allow the free markets to work so that additional spectrum is available to meet the immediate needs of the U.S. wireless industry, including expeditiously approving our acquisition of unused Qualcomm spectrum currently pending before the FCC", he urges. "Second, policymakers should enact legislation to meet our nation’s longer-term spectrum needs".

Where does this leave T-Mobile? The company gets a much needed cash infusion, as well as a favorable roaming deal that answers its coverage issues. But at the same time, it may only be a temporary fix on a larger problem for T-Mobile USA and its parent company, Deutsche Telekom.

The German telecommunications company says it is not in favor of making the necessary infrastructure investments T-Mobile needs, and will likely shop around for another suitor. In the end, T-Mobile may find itself broken up into smaller bits that carriers that don't have the equity AT&T has could afford.

While a Sprint deal is still possible, the fervor with which the FCC and Justice Department have fought to prevent the combination of AT&T and T-Mobile makes that seem difficult. Many of the arguments it has made against the joining of these two companies will apply to a Sprint deal as well.

T-Mobile CEO Phillip Humm maintains a positive tone in an internal e-mail sent to company employees and obtained by the Wall Street Journal. "We have an opportunity to write our own future," he writes. "The leadership team and I will be meeting intensively in the next few weeks on our go-forward plans for the business".

What future T-Mobile USA has -- at least for the moment -- is not exactly clear.

13 Responses to The AT&T T-Mobile merger is dead