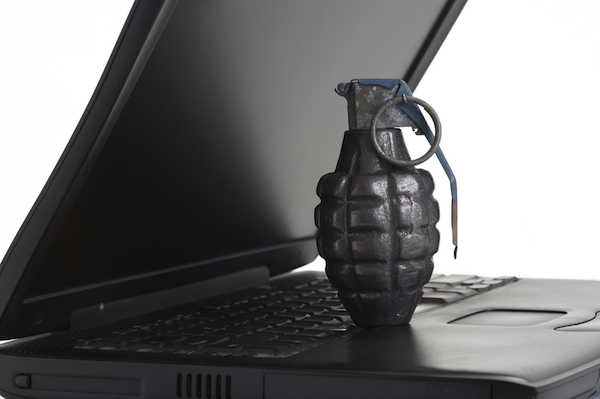 Today, without fanfare, prior notice or even a rumor on the InterWebs, Apple announced OS X 10.8 Mountain Lion's summer availability, released a developer preview and made available, as public beta, Messages, one of the new features. Suddenly, the year's schedule of software releases is a dramatic showdown between Mountain Lion and Windows 8 and Windows on ARM. Can you say cat fight?

Microsoft plans to release Windows 8 Consumer Preview later this month, with an official event planned for February 29 during Mobile World Congress. Many Microsoft watchers presume the venue's choice foreshadows increased emphasis on mobile features, particularly as the Redmond, Wash.-based company seeks to recover momentum against iPad. Apple isn't waiting around, boasting about OS X 10.8 inheriting mobile features from iOS 5 (on iPad) and tightening ties to iCloud. Mountain Lion also will likely release ahead of either Windows 8 or Windows ARM, increasing pressure on Microsoft to ship this year.

Based on its past operating system development, Microsoft likely won't release Windows 8 gold code until around the time Mountain Lion ships, giving Apple a two-month lead to market. Much depends on Apple's definition of "late summer". If that's September, OS X 10.8 and Windows 8 could ship within a month of one another, with Microsoft's RTM coming first.

Apple also laid down another kind of challenge, which is directed as much at Google as Microsoft and brings desktop OS development more in line with mobile. "The developer preview of Mountain Lion comes just seven months after the incredibly successful release of Lion and sets a rapid pace of development for the world’s most advanced personal computer operating system", Phil Schiller, Apple's global marketing chief, says.

Microsoft's Windows development cycle is much longer, now about every three years. Schiller signals a return to the more rapid pace Apple set during the early to mid Noughties and perhaps accelerated to match iOS and to keep pace with (or even jump ahead of) Google's Android and Chrome OS.

Timing is crucial, if for no other reason than first-to-market and mindshare/marketing advantage. Some readers will ask: "So what? Windows has much more market share". True. But...

The challenge is greater. Microsoft is repositioning Windows for the post-PC era, touting touchscreen capabilities and redesigning the user interface for easier use on tablets. Apple goes the other way with Mountain Lion, touting features the OS will inherit from iPad. Synchronization is the key benefit shared among most of the new capabilities spotlighted today. Among them:

iCloud. Apple touts sync capabilities coming in OS X 10.8. Based on the description I don't see anything not already available on current release Lion. That said, Apple rightly emphasizes the importance of sync and capitalizing on 100 million iCloud users.

Messages. The beta replaces iChat, bringing the messaging client in line with iOS 5. The feature relies heavily on sync to keep the message thread going. Start a message on the Mac and resume it on iPad or iPhone. According to Apple's marketing material: "You can see when your message has been delivered and when someone’s typing a reply. Turn on read receipts, and they’ll see when you’ve read a message".

China. "Huh?" you ask. "China is a feature?" Apparently it is, so to speak, or important enough for Apple to call out. China is Apple's second-most important market (next to North America).

According to Apple's marketing material:

OS X Mountain Lion brings all-new support for many popular Chinese services. And they’re easy to set up. Mail, Contacts, and Calendar work with QQ, 163, and 126. Baidu, the leading Chinese search provider, is a built-in option in Safari. The video-sharing websites Youku and Tudou are included in the new Share Sheets, so users in China can easily post videos to the web. They can also blog with Sina weibo, the popular microblogging service. And with improved text input, typing in Chinese is easier, faster and more accurate.

Notification Center. Well, the feature borrowed from Android for iOS 5 makes its way to the Mac. It's an essential capability for tying Macs to iOS devices as communications/social hubs.

Notes. Apple looks to make mincement out of Microsoft OneNote for iPad connected to SkyDrive. According to Apple's marketing material: "Notes in OS X Mountain Lion is designed for whatever’s on your mind. Think it up. Jot it down. Make it even more noteworthy with photos, images, and attachments...Notes works with iCloud, so when you create or edit a note on your Mac, it automatically updates on your iPhone, iPad, and iPod touch". That sound lots like OneNote to me, minus the one. 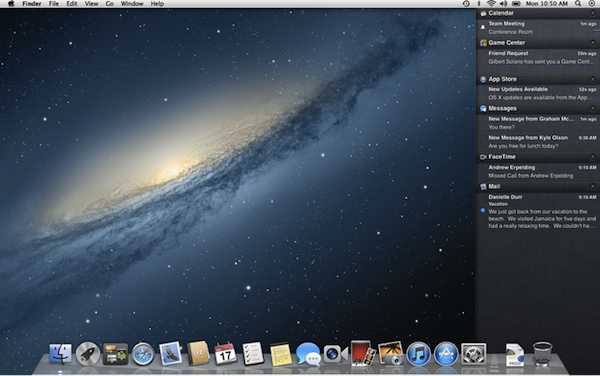 Game Center. Is any explanation needed? This popular iOS feature comes to the Mac.

Even Apple's marketing message is a challenge. Microsoft CEO Steve Ballmer and Windows and Windows Live president Steven Sinofsky repeatedly have talked about "re-imagining" the operating system. Among Apple's marketing taglines for OS X 10.8: "Inspired by iPad. Re-imagined for the Mac". Make no mistake, this means war.

Apple strikes at a time of unusual opportunity. Microsoft is making major changes to Windows architecture and to the user interface. Businesses are loathe to change IT infrastructure, but a time when they have to is opportunity to evaluate something else, and that could be Mountain Lion as, or more, than Windows 8. Something else: Enterprise already evaluating or deploying iPad suddenly have a safe haven in OS X 10.8.

Today's Apple announcements show how effective is the secrecy machine when outsiders aren't involved. I remember a decade ago when Apple largely kept the lid on new products, something nearly impossible now with the number of bloggers or journalists looking for leaks and the many third-parties in the manufacturing chain -- that's on hardware. Apple is still fairly able to keep secret software news until it's ready.

Something else about being ready: Today's sudden, unexpected announcement would have been a Steve Jobs showcase at an earlier time. Jobs characteristically basked in the limelight unveiling new products like this, a position he increasingly surrendered during the three years before his death four months ago.