Who bought 5 million Galaxy Notes, because I want to know 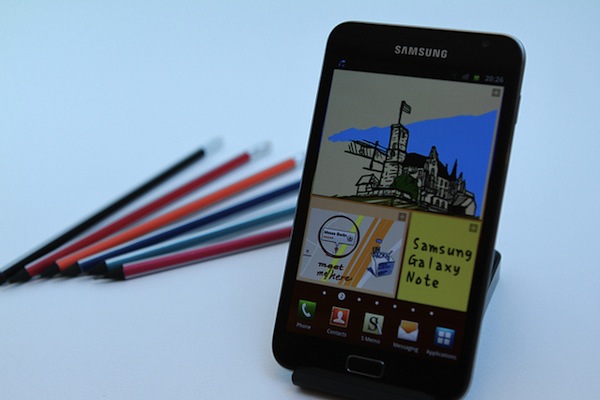 Today's big Samsung Galaxy Note announcement -- 5 million shipped in five months -- has me wondering "Who?" Is it you?

I'm totally intrigued by the Galaxy Note concept, just not the size. It's too damn big for me. I can see loads of creative potential in the device. A January video by colleague Tim Conneally shows off Galaxy Note as a tool for artists and musicians. Ha! Try that with your puny iPhone, Bud.

In mid February, I mentioned in passing that a good friend back East planned to replace Galaxy Nexus with the Note. Three weeks later, he returned the so-called phablet. Top complaints: Pen accuracy, available pen apps and TouchWiz UI inferior to Android 4.0. He's in process of switching to Verizon; AT&T must reset his contract first.

My friend, Sebastian, really wants to like Galaxy Note, too, and he isn't put off by the size as much as I am. But he's a gadget geek and chases every newfangled thing. So I wasn't terribly surprised he ignored me and bought the phablet, knowing he could return it within 30 days.

After seeing the phablet up close, I couldn't get passed the whopping size. I wear my phone in a belt clip and couldn't see the fit in my digital lifestyle. Sigh. Besides, I love Galaxy Nexus.

Galaxy Note's early sales success shows what's right about Android compared to iPhone: Differentiation, which, as I claimed in November, trumps Android fragmentation. Android OEMs can and do create compelling devices and so more choice for consumers. Samsung is leader by far, with, for example, Note, Galaxy S II series and TouchWiz UI (I like it more than my buddy, but agree that pure Android 4.0 appeals more).

AT&T started selling Galaxy Note here in the States on February 19 for $299.99, with two-year contract. AmazonWireless has the phablet for $50 less.

So, did you buy Galaxy Note? Why? I just got to know.

38 Responses to Who bought 5 million Galaxy Notes, because I want to know